Please ensure Javascript is enabled for purposes of website accessibility
Log In Help Join The Motley Fool
Free Article Join Over 1 Million Premium Members And Get More In-Depth Stock Guidance and Research
By Maurie Backman – Jun 19, 2020 at 8:48AM

Americans may be in line for a nice chunk of money -- but it won't apply to everyone, and it may not provide relief at a time when so many are desperate for it.

Though the U.S. economy has been hurting due to COVID-19, the travel industry has been downright hammered. But a new proposal could serve the dual purpose of breathing new life into the tourism industry while also putting money back in Americans' pockets. It's called the Explore America Tax Credit, and its purpose is to encourage domestic tourism while rewarding Americans financially for getting out and traveling within the United States.

A tax credit is a dollar-for-dollar reduction of a person's tax liability. A $1,000 tax credit, in other words, means that person pays the IRS $1,000 less.

The proposed Explore America Tax Credit would allow Americans to claim up to 50% of their domestic travel expenses as a tax credit on an upcoming tax return, up to a total credit value of $4,000. Those costs could include things like air or train fare, lodging, recreation, meals, and entertainment. Furthermore, the Explore America Tax Credit, in its current form, would run through the end of 2021. 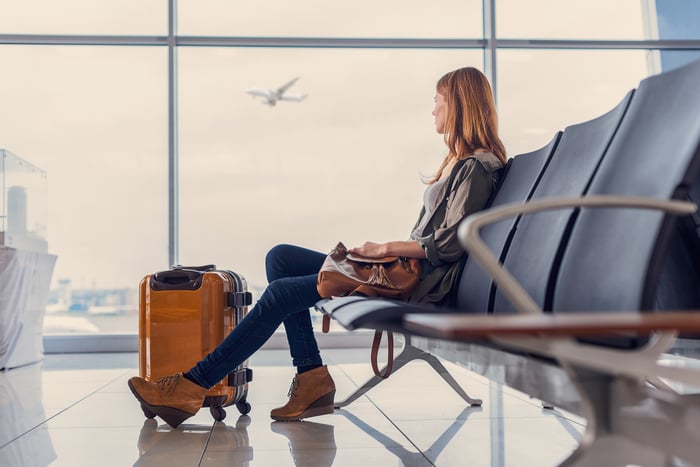 Is the Explore America Tax Credit a good solution?

Right now, millions of Americans are hurting financially because of COVID-19 and are desperate for a second round of stimulus cash following the initial $1,200 payments that went out under the CARES Act. Though Democrats have proposed a follow-up stimulus as part of the HEROES Act, Republican lawmakers have made it abundantly clear that it stands little chance of passing a Senate vote.

The Explore America Tax Credit could therefore serve as an alternative to a follow-up stimulus payment by putting money directly into Americans' pockets and potentially helping the economy bust out of its current recession. The credit would also serve another key purpose -- job creation. If Americans are more inspired to travel, it could reintroduce countless jobs that disappeared over the past three months.

But in spite of all this, the Explore America Tax Credit may not be as appealing a solution as an actual follow-up stimulus check. For one thing, it's a credit, which means Americans would have to file a tax return and wait for it. Given the number of people who are struggling right now, that's not a great thing.

Along these lines, people who are having a hard time putting food on the table won't benefit from a tax credit that forces them to spend money they don't have to take a trip. And let's not forget the additional implications of boosting travel right now. Sure, it might help a hard-hit industry stage a faster recovery, but should we really be encouraging Americans to board planes at a time when the COVID-19 threat is still very present? The past week or two alone saw major spikes in cases in various parts of the country, and if that trend continues, lockdown measures could be implemented once again that not only limit travel, but set back the entire economy.

As such, while a $4,000 tax credit for travel may be a nice perk for the country's wealthy to enjoy -- or even regular earners who haven't been impacted by the ongoing crisis -- it's hardly a solution for those who have been struggling since March. Ideally, lawmakers will recognize that and take steps to ensure that if the Explore America Tax Credit is pushed through, it doesn't take the place of an additional stimulus that so many people desperately need.