June is busting out all over in both bearish and bullish takes on this electric vehicle manufacturer.

It's been a busy month for Nikola (NKLA -4.32%). After completing its merger with VectoIQ Acquisition earlier this month, the stock received a vote of confidence from Cowen. On the other hand, Nikola received scrutiny from Citron Research, among others. The bears roared even louder today, as additional skepticism regarding the stock came from Paul Coster, an analyst at JP Morgan who initiated coverage on the stock with a neutral rating and a $45 price target. With shares opening at around $66 today, the Coster's price target represents downside of about 30%.

In Coster's opinion, Nikola's disruptive approach to the transportation industry "could be compelling" as it works to develop a hydrogen infrastructure to meet the needs of fuel cell-power electric trucks; however, Coster recognizes that considerable risk surrounds the company which doesn't currently generate revenue. 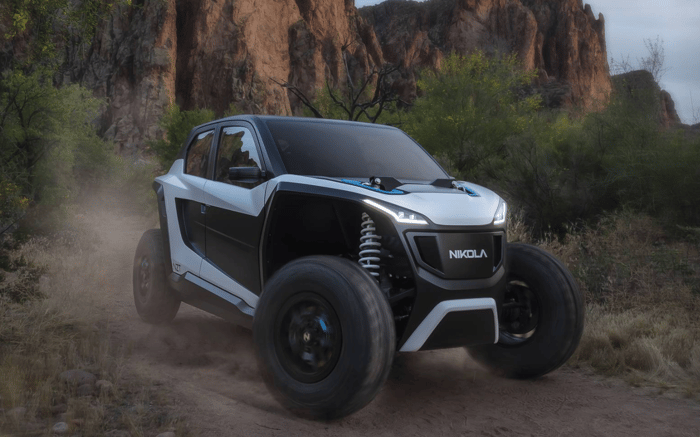 For investors familiar with the challenges Clean Energy Fuels (CLNE -3.20%) has encountered over the past decade as it has tried to develop a network of natural gas fueling stations for long-haul truckers, Coster's circumspection surrounding the company makes sense. Investors, however, should always remember to exercise caution in adopting an analyst's perspective on a stock, including the price target, since their time horizons are often shorter than the multi-year holding periods favored by The Motley Fool.

While shares may tumble a bit if the company doesn't report strong demand for its Badger pickup truck when it begins to accept reservations for it on June 29 and hiccups in the buildout of its infrastructure may inspire some short-term selling, those who are bullish on the stock should predicate their investing theses on the long-term potential for the company to put a considerable shock in the transportation industry -- and to profit from it.