Jabil’s business is stabilizing, but its weaknesses are still overwhelming its strengths.

Jabil (JBL 4.18%) manufactures products for myriad sectors, but its top customer is Apple (AAPL 2.56%), which accounted for 22% of its sales last year. Most of that revenue came from casings for iPhones and iPads.

Jabil pulled its full-year outlook back in March due to the COVID-19 crisis, but its recent third-quarter report offered more clarity into its future ahead of Apple's next wave of iPhone launches. 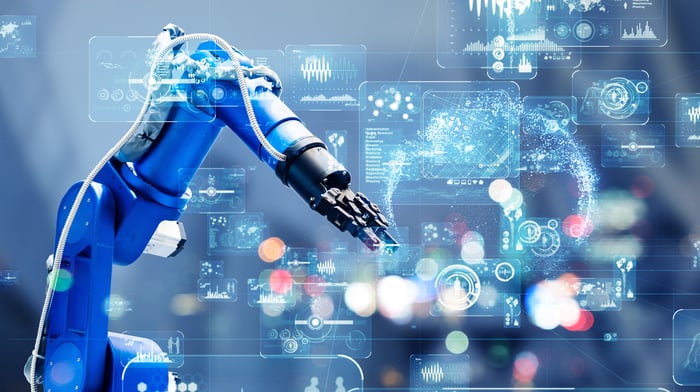 How did Jabil fare during the third quarter?

Jabil generated 62% of its revenue from its Electronic Manufacturing Services (EMS) unit, which produces products for the automotive, industrial, cloud, defense, energy, telecom, retail, and smart home markets. The remaining 38% of it came from its Diversified Manufacturing Services (DMS) unit, which manufactures products for healthcare, science, and technology companies -- including Apple.

Its EMS revenue dipped 2% annually during the quarter, as declining sales to the automotive and retail markets offset its growth in the cloud and semiconductor capital equipment market.

Its DMS revenue rose 13%, spurred by stronger orders from healthcare companies and smartphone makers like Apple -- even though management didn't mention the iPhone maker during its conference call.

More clarity for the rest of the year

However, Jabil expects its adjusted core EPS to decline 25% at the midpoint, mainly due to $45-$55 million in COVID-related costs. For the full year, Jabil expects its revenue to rise nearly 4%, as its earnings -- weighed down by macro headwinds and COVID-19 expenses -- decline 13%.

But next year, analysts expect Jabil's revenue and earnings to rise 4% and 34%, respectively, as the near-term headwinds fade, the automotive sector rebounds, orders for 5G and cloud products accelerate, and orders for Apple's first 5G iPhones rise. That's an impressive growth rate for a stock that trades at just nine times forward earnings.

Jabil has also repurchased $190 million in shares since the beginning of the fiscal year, which reduced its outstanding shares by 4%. It continues to pay a forward dividend yield of 0.9% -- but investors shouldn't expect Jabil to significantly raise that payout, which consumed over 100% of its free cash flow in the first three quarters.

Is Jabil worth buying at these levels?

Jabil is tethered to Apple's growth, but it isn't as heavily exposed as other suppliers like Skyworks Solutions (SWKS 4.89%) and Cirrus Logic (CRUS 2.68%), which generated 51% and 79% of their revenues from Apple in their latest fiscal years, respectively. Therefore, investors who want stronger Apple supply chain plays might prefer those chipmakers over Jabil.

Jabil's broad range of customers gives it more downside protection than Skyworks or Cirrus. However, its upside potential is also limited by its weakest macro-sensitive end markets, and its dividend is neither high nor stable enough to attract income investors.

Jabil's business is stabilizing, but its weaknesses are still overwhelming its strengths. For now, I'll reiterate my advice from earlier this year: Investors who want exposure to Apple should simply buy shares of Apple instead.