Oculus is phasing out one of its devices, but the move actually bodes well for the future of virtual reality.

Facebook's (META 2.05%) Oculus unit announced on Tuesday that it plans to discontinue the Go virtual-reality headset it launched in 2018. Go owners will still be able to use their headsets with compatible software, and bug fixes and security patches will continue to be released through 2022, but sales of the device will end this year.

The Go served as Oculus' entry-level stand-alone headset, meaning that it did not need to be plugged into a computer, and it was also the cheapest of its VR devices. Now that the Go is being phased out, Facebook's VR unit will focus on its Oculus Rift and Oculus Quest hardware lines. 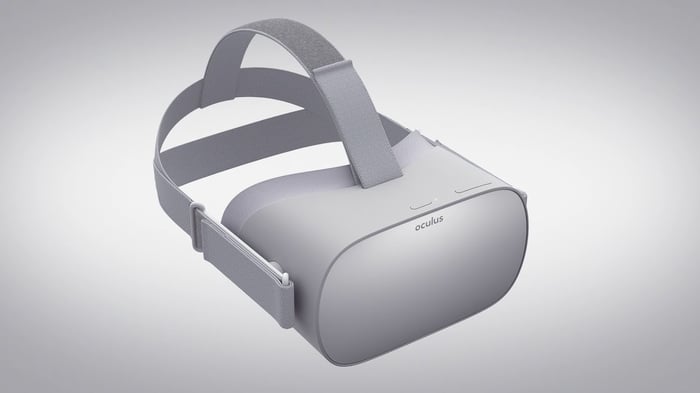 Go is being left behind in order to push VR forward

High-end virtual reality experiences typically require powerful hardware to run, and Oculus Go's relatively underpowered internal processor and lack of support for more advanced positional tracking and input mechanisms means that it isn't capable of running many applications. The Oculus Quest is similar to the Go in that it does not have to be plugged into a computer, but it's powered by a stronger processor and has superior positional tracking and input options.

While the computer-powered Rift line offers the best performance, the untethered Oculus Quest is still quite adequate for most applications and is posting strong sales. The headset can also be plugged into a computer to run more complex applications, giving it a level of versatility that the Go doesn't come close to matching. Establishing the Quest as its new entry-level model signals that Facebook and Oculus are raising the hardware bar -- and that developers shouldn't limit the features and scopes of their projects in order to support less-capable devices.