The company's management is considering a restructuring that may eliminate many positions.

Reuters is reporting biopharma giant Sanofi (SNY 2.37%) will discuss job cuts with staff representatives tomorrow and Monday that could reduce its headcount by up to 1,000 people. The possible reorganization is part of plans announced in December to eliminate $2.24 billion in spending by 2022. 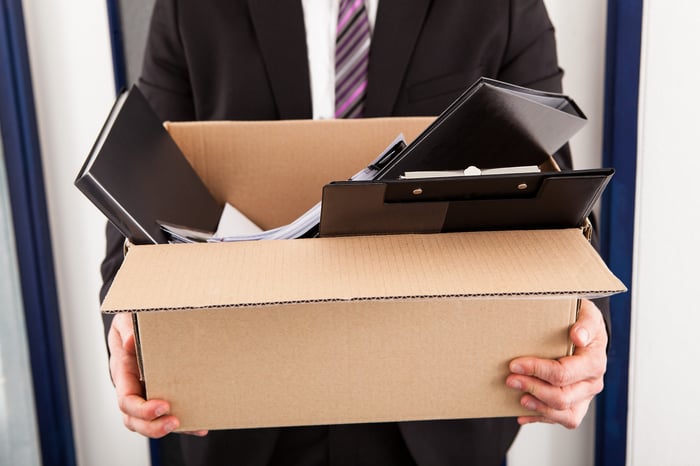 One largest biopharma companies in the world by sales, Sanofi's come under pressure following the launch of generic alternatives to its blockbuster diabetes drug, Lantus, a long-lasting insulin. In the first quarter, Lantus sales declined 6.6% year over year, weighing down Sanofi's total revenue growth in the period.

Lantus sales are expected to continue falling following a key patent loss to Mylan (MYL) in March, and the Food and Drug Administration's approval of Mylan's Lantus Solostar biosimilar, Semglee, in June. Sales of Lantus Solostar totaled $4.33 billion in the 12 months ending April 30, according to IQVIA.

To offset headwinds, Sanofi unveiled plans in December to realign the company, shifting its focus away from diabetes to vaccines, autoimmune disease drugs, genetic disorders, and cancer drugs.

It also outlined financial goals, including expanding its business operating income margin to 30% by 2022 and 32% by 2025 via approximately $2.2 billion in expense cuts associated with de-prioritized businesses, lower spending on supplies, and "organizational productivity." Ostensibly, the potential job cuts being discussed this week are designed to deliver on those goals, particularly given Reuters' reporting that workers in Sanofi's vaccine and rare disease businesses aren't being targeted.