Please ensure Javascript is enabled for purposes of website accessibility
Log In Help Join The Motley Fool
Free Article Join Over 1 Million Premium Members And Get More In-Depth Stock Guidance and Research
By Bram Berkowitz – Jun 25, 2020 at 6:00AM

The bank said it would like to use its new capital to pursue acquisitions. This could mean a huge deal that could transform the Boston banking scene.

Eastern Bank, America's largest mutual savings bank, is going public in what could be a $2 billion IPO. The bank said in its prospectus that one of the reasons for the move is to be able to "pursue opportunistic acquisitions" in its current and bordering markets. Following the IPO announcement, Eastern Bank CEO Bob Rivers told The Boston Business Journal that he predicts the bank will grow to $40 billion in total assets over the next decade; it has about $11.6 billion now.

All of this suggests that Rivers is looking to make a big deal happen. Let's take a look at who Eastern might acquire or merge with. 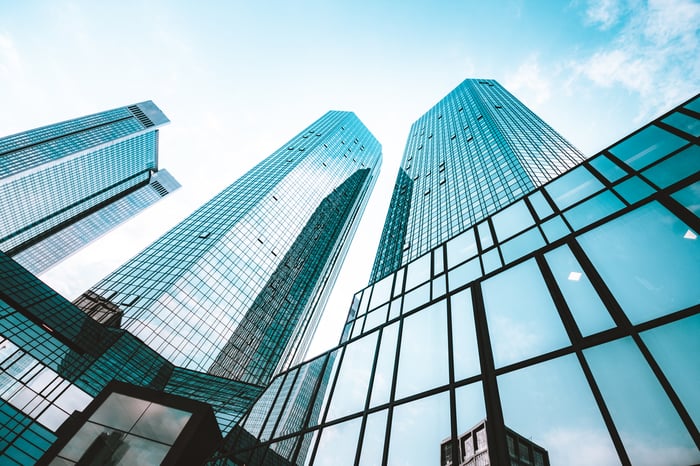 A merger of equals

A merger of equals could be in the cards if Eastern looks at the $13.2 billion asset Berkshire Hills Bancorp or the nearly $12 billion Independent Bank Corp., the parent company of Rockland Trust.

While all of these banks value their brand, a merger of equals would make a certain amount of sense. In Massachusetts, their home state, Eastern, Berkshire, and Independent collectively only held about 6% of deposit market share, according to the FDIC, falling woefully behind other large banks such as State Street, Bank of America, Citizens Financial Group, and Santander. And it's only going to get more competitive. In 2018, JPMorgan Chase, the largest bank in the U.S., announced that it would open 50 retail branches in the Boston area, an initiative that is showing great promise so far. JPMorgan CEO Jamie Dimon even said he thinks the bank could one day be a top three deposit market share holder in greater Boston. Recently, PNC Financial Services Group also launched a retail presence in Boston. Competition is only getting more fierce, so it might be in the best interest of Eastern to team up with either Independent or Berkshire.

I suspect Eastern would prefer to partner with Independent if it had its choice. Not only does the bank have an insurance division that could pair with Eastern's, but Independent would help Eastern better fill in its footprint in the southern part of Massachusetts and Cape Cod. Independent could also give Eastern more of a presence in Worcester, the second-largest city in Massachusetts.

But the big question is whether Independent would be willing to partner. The bank itself has made seven acquisitions over the past decade, and based on the company's quarterly earnings calls, it seems like CEO Chris Oddleifson really enjoys running the bank and making acquisitions, so it's unclear if he'd be willing to relinquish control.

Berkshire Hills could also be in the cards, although in merging with it Eastern would be venturing off into a massive geographic expansion way beyond its normal footprint -- Berkshire Hills has a presence that includes upstate New York, New Jersey, and Pennsylvania. But the bank does also have a big presence in Worcester and could be a lot cheaper than Independent. Independent traded at 182% tangible book value at Wednesday's close, while Berkshire Hills traded for less than 47% of tangible book value.

If Eastern doesn't do a merger of equals, then two other banks it might look at are Brookline Bancorp or Meridian Bancorp. Both are in the $6 billion asset range, have lots of branches overlapping with Eastern's footprint, a heavy emphasis on commercial loans, and a presence in other New England states.

For some reason, I tend to hear analysts and other speculators say that Brookline is more likely to get acquired, but both strike me as somewhat similar institutions. Interestingly enough, at the end of the first quarter Brookline took a huge credit provision to cover potential loan losses, while Meridian raised its quarterly credit provision very little in comparison. This struck me as odd considering both are commercial players in the same market. Currently, Brookline is trading at roughly 100% of tangible book value, while Meridian is trading at about 77% of tangible book value.

Another possible acquisition target for Eastern could be HarborOne Bancorp. It's a bit smaller at $4.1 billion in assets, but has a similar footprint as Eastern, with most of its business in Massachusetts and a healthy presence in New Hampshire and Rhode Island as well.

Eastern first needs to conduct its IPO to raise the additional capital. Then it will need to assess the market to see where the economy stands and the status of the coronavirus. Conditions change by the day, so the bank may want to wait until things stabilize unless one of the banks on its radar approaches it looking to sell. But make no mistake, a huge shakeup to the Boston banking scene could be coming.