Please ensure Javascript is enabled for purposes of website accessibility
Log In Help Join The Motley Fool
Free Article Join Over 1 Million Premium Members And Get More In-Depth Stock Guidance and Research
By Howard Smith – Jun 26, 2020 at 10:58AM

The California utility issued a common stock offering at $9.50 per share as well as a separate sale of equity units.

California-based utility PG&E (PCG -0.81%) filed for bankruptcy protection in January 2019 after a series of wildfires left it with potential liabilities estimated at $30 billion. In a Securities and Exchange Commission (SEC) filing, it says it has now raised approximately $5.5 billion as it gets closer to exiting Chapter 11 bankruptcy as soon as next week.

The utility issued over 423 million shares of common stock priced at $9.50 per share, which is a 2.4% discount to Thursday's closing price. Including an underwriters option to purchase additional shares, proceeds amount to $4.365 billion. Additionally, the company received approximately $1.3 billion in proceeds from a sale of equity units, before related expenses. 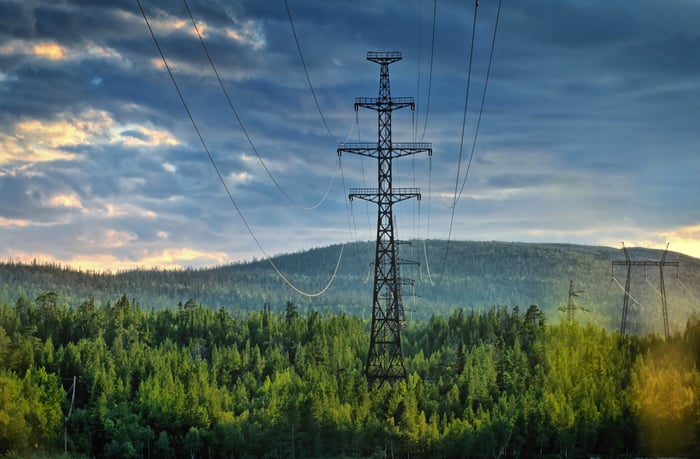 PG&E had previously said it would raise up to $5.75 billion through underwritten equity offerings. On June 20, 2020, a bankruptcy court approved the company's Chapter 11 plan of reorganization. PG&E says it plans to emerge from Chapter 11 in July 2020. It also said that, upon emergence, it will be eligible to participate in California's new go-forward wildfire fund. The multibillion-dollar fund was created in July 2019 and is aimed at stabilizing the state's utilities, including PG&E, by helping to cover potential future liability costs.

PG&E has acknowledged its responsibility for the 2018 Camp wildfire, which destroyed the town of Paradise and killed 84 people. The company recently pleaded guilty to 84 counts of manslaughter, as the yearlong investigation determined that the fire started when a corroded metal C-hook failed on the company's aging transmission equipment, causing high-voltage lines to drop onto dry grasses below.