Investors are excited about this new IPO method.

The stock market fell sharply on Friday, as a combination of coronavirus concerns and new regulatory pressure on the nation's largest banks weighed on investor sentiment. The Federal Reserve will prevent systemically important banking institutions from doing stock buybacks during the third quarter of 2020, and they'll have to keep dividends at or below their current levels. That added to the nervousness on Wall Street, and the Dow Jones Industrial Average (^DJI -2.29%), S&P 500 (^GSPC -2.91%), and Nasdaq Composite all dropped sharply.

Yet there were some rays of hope in the stock market. In particular, the prospects for two special purpose acquisition companies (SPACs) -- Tortoise Acquisition (SHLL) and Graf Industrial -- looked brighter than ever, as investors looked ahead to the potential that these businesses have in using a novel way of going public.

Tortoise is far from slow

Tortoise Acquisition shares climbed 41% on Friday, adding to gains over the past week. Investors remain excited about the SPAC's choice of an acquisition candidate, especially in an environment that's red-hot for the industry.

Last week, Tortoise announced its plans to merge with electric commercial truck company Hyliion. That sent the SPAC's stock up sharply from its previous $10 per share, where it had traded since early 2019. Hyliion's business model looks very similar to that of rival electric truck upstart Nikola (NKLA -7.20%), although Hyliion uses a different source fuel for the hybrid versions of its vehicles. 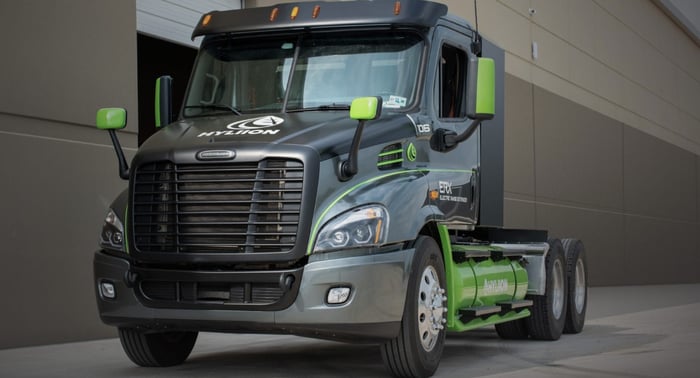 Tortoise shareholders are hoping for the same pop that Nikola has enjoyed. At less than $25 per share, Tortoise is well below the $63.55 per share price at which its rival closed today, let alone the more than $90 per share at which Nikola's stock topped out. With many people excited about the prospects for electric commercial vehicles, Tortoise shares are likely to remain volatile for a long time.

A rumored deal for Graf

Graf Industrial is also a SPAC, and it's followed a similar trajectory to Tortoise. Since coming public in late 2018, the stock has generally stayed around $10 per share. More recently, greater interest in SPACs has led to a rise for the stock, and investors hoped that Graf would find a suitable acquisition candidate.

That wait might be over. The company is looking to merge with self-driving vehicle sensor specialist Velodyne Lidar, according to reports from multiple news sources citing those familiar with the matter. That was enough to send Graf's shares up nearly 30%, closing right around $15 per share.

Velodyne already has some big investors in its corner. Automaker Ford (F -1.75%) and Chinese tech company Baidu (BIDU -2.20%) are among those who've provided financing.

There's some controversy about the value of light detection and ranging (lidar) as a solution in autonomous driving, with Tesla (TSLA -6.19%) CEO Elon Musk having been highly critical of the technology. Nevertheless, SPAC investors are pleased with the prospects, and they're hopeful that a deal will get done.