Please ensure Javascript is enabled for purposes of website accessibility
Log In Help Join The Motley Fool
Free Article Join Over 1 Million Premium Members And Get More In-Depth Stock Guidance and Research
By Christy Bieber – Jun 28, 2020 at 10:46AM

Listening to the Oracle of Omaha is a smart play!

The stock market has been on a wild ride lately, and Americans aren't enjoying it. In fact, a Gallup poll taken at the end of April 2020 revealed just 21% of people think stocks or mutual funds are the best long-term investment. This was the lowest level since 2012. And that was well before it was announced that the country had officially entered a recession.

If you're concerned about buying stocks now, you aren't alone. But you may also be making a big mistake as a recession is as good a time to invest as any -- or perhaps an even better one.

Don't take my word for it either. Heed the advice of the Oracle of Omaha, as Warren Buffett, one of the world's best investors, has a lot to say about investing in troubled times. Here are some pearls of wisdom to take to heart. 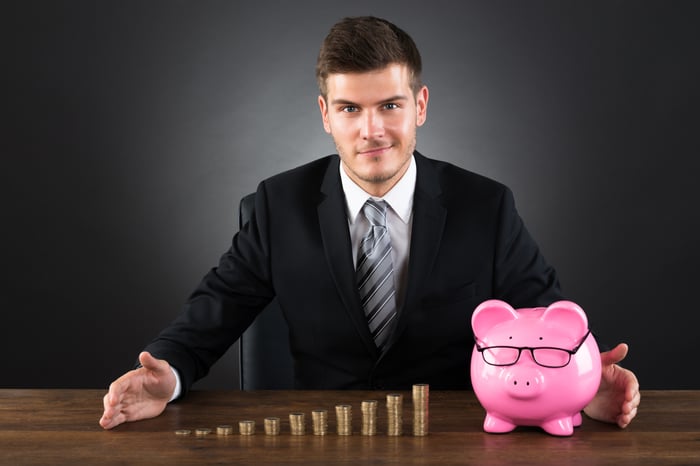 1."Widespread fear is your friend as an investor because it serves up bargain purchases"

More than half of all Americans fear the market hasn't hit bottom yet. If you're one of them, you shouldn't let fear prevent you from putting your money in.

As Buffett explained, when most people are fearful, it's a good opportunity to purchase shares of stock at low prices. And who doesn't want to buy low and sell high?

2. "The best chance to deploy capital is when things are going down"

While the market has largely recovered from the coronavirus-driven crash in March, another correction is inevitable as many investors are still overvaluing stocks because they aren't taking into account the full economic impact COVID-19 could have throughout the summer and fall.

If the market ends up crashing again, you may be tempted to sit on the sidelines and wait until the bad times have passed. Instead, heed Buffett's advice about the opportunity to invest on the downswing and take the chance to get your money in to score even deeper discounts.

3. "Those who invest only when commentators are upbeat end up paying a heavy price for meaningless reassurance"

A quick glance at the news shows that commentators aren't very hopeful about the future. And with the country in a recession, coronavirus cases rising, and justifiable fear of a second wave, you won't get much reassurance right now.

But according to Buffett, that's a good thing because you won't be paying a high price for words that mean nothing in the end since, after all, no one can predict what's coming.

4. "Risk comes from not knowing what you're doing"

Americans may be wary of stocks because they're worried about the risk of loss -- and March's market crash didn't help allay their fears. But, as Buffett points out, putting your money into the market really only carries big risks if you don't know how to do it right.

Of course, any investment could lose money. But if you know how to pick solid companies to invest in (or you invest in index funds that track the market's performance) and you build a diversified portfolio, the most likely outcome based on decades of historical data is that you'll earn a reasonable return overall, over time.

This doesn't mean no investments will perform poorly, and it doesn't even mean that you won't have bad years. But it does mean that when you take the time to learn how to invest, you invest for the long term, and as you make informed decisions in building a diversified portfolio, you reduce your risk -- even if you're investing in a recession.

Of course, on the flip side, if you think you can invest your money during the downturn and make a quick buck without taking the time to learn the fundamentals of sound investing, you could be setting yourself up for disaster.

There's plenty of reason for doom and gloom during the 2020 recession, but anticipating bad times does little to help you survive them.

Instead, follow Buffett's wise words and take the time to build your ark. You can do this by developing a solid investment strategy, researching and picking stocks you'll be happy holding for a while, and making sure you've taken the steps needed to recession-proof your finances.

Recessions almost always present buying opportunities, but this one is unique because it wasn't driven by natural economic cycles but rather by a black swan event. If effective treatments are developed for coronavirus or a vaccine comes along sooner than expected, economic recovery may be swift.

Don't miss out on the chance to invest when things look bleak -- as long as you do it wisely. Otherwise, you could very well come to regret it.