Please ensure Javascript is enabled for purposes of website accessibility
Log In Help Join The Motley Fool
Free Article Join Over 1 Million Premium Members And Get More In-Depth Stock Guidance and Research
By Maurie Backman – Jun 30, 2020 at 7:18AM

Hold on for a bumpy ride.

The stock market has been on a fairly wild ride since the threat of COVID-19 hit home. In March, stocks plunged into bear market territory, and while they've regained a lot of value since then, investors shouldn't grow too complacent. In fact, there's a good chance we'll see a series of swings between now and the end of 2020. Here are a few reasons why.

1. The COVID-19 situation is by no means under control

On June 25, the U.S. recorded close to 40,000 new cases of COVID-19, surpassing its previous single-day record of closer to 36,000 cases in late April. And while some states are seeing their numbers hold steady or even decline, Texas, Arizona, and Florida are all seeing surges. In other words, COVID-19 remains a threat despite the stay-at-home orders that shuttered businesses and upended Americans' lives for months. And whenever there's negative news on that front, the stock market has the potential to react. 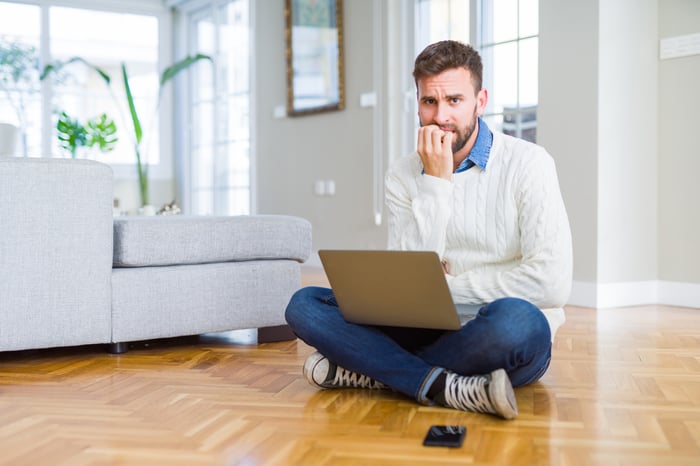 Let's not forget that a big reason for some of the surges in cases we're seeing now boils down to a rapid reopening in some states instead of the phased approach other states have taken. The more cases that emerge in the coming weeks, the more likely it becomes that a second massive lockdown will ensue, thereby thwarting any chances of a swift economic recovery.

2. We're still in a recession

Despite a glaring disconnect between the stock market's performance and that of the U.S. economy over the past few months, we can't ignore the fact that we're still grappling with a recession. The unemployment rate is still in double-digit territory, and while some businesses may be in the process of opening back up, it's too soon to tell what that will translate to as far as job creation goes. It therefore stands to reason that if news on the unemployment front worsens, or if jobs aren't added as quickly as economists would like, stocks could react in a very meaningful -- and wild -- way.

3. It's an election year

The stock market is sensitive to political news and developments -- that's nothing new. But because we're in an election year, that alone could trigger added volatility at a time when investors may already be on edge.

Avoiding losses in the face of volatility

Though the next six months may come with their share of uncertainty on the investing front, one thing to keep in mind is that you only lose money in stocks when you actually sell them at a loss. On the other hand, if you keep your cool during periods of volatility and avoid liquidating investments when they're down, you won't lose a dime.

How do you position yourself to do that? Make sure you have enough money in savings to cover around six months' worth of essential living expenses. That way, if your financial situation worsens, you won't be forced to cash out investments at what could be a very bad time. Also, make sure your portfolio is well-diversified so that if a particular segment takes a hit, you won't feel the pain as badly.

Finally, provided you're set on emergency savings, it pays to set some cash aside to invest in the coming months. If stock prices take a dive, you may have a prime opportunity to load up your portfolio at a discount. In fact, that's the upside of volatility -- nerve-wracking as it may be, if you play your cards right, you could make some serious money when the stock market is highly unsettled.