China is ready for more fast-casual dining establishments. At least, that's what Shake Shack (NYSE:SHAK) is counting on; the company announced in a press release on Tuesday that it is expanding a partnership with a licensee in that country that will result in at least 15 new Shake Shacks in south China by 2030.

All told, the company wrote, it aims to have a total of 55 throughout mainland China by that time. 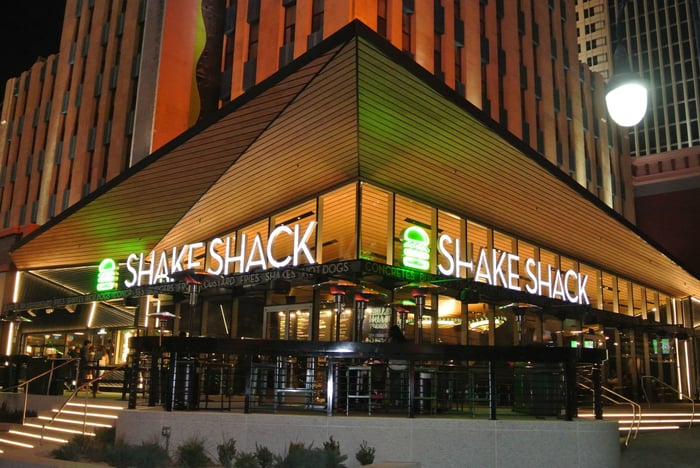 Shake Shack's partner is privately held Maxim's Caterers, which, according to Shake Shack, has over six decades of experience running food, beverage, and retail operations. Maxim's currently operates a clutch of Shake Shack outlets under license in Shanghai and the once-independent "Special Administrative Region" of Hong Kong.

More restaurants are currently in development in both Beijing and in another formerly independent locale, the gambling mecca of Macau.

Shake Shack is eager to push further into the massive Asian country, particularly now that the novel coronavirus outbreak there seems to have subsided. The company said it "continue[s] to be encouraged by the performance of our Chinese business through this recovery. It's a great time to deepen our roots in this market."

The planned restaurants will feature many of the same menu items available at their American counterparts. These include the signature ShackBurger, the Shack-cago Dog, and crinkle-cut fries.

The rapidly expanding company has a relatively large footprint abroad. As of the end of March, 98 of its 287 restaurants were licensed Shake Shacks located outside U.S. borders.

Shake Shack did well after announcing its new China plans. The stock closed up by nearly 3.6% on Tuesday, eclipsing both the gains of the wider equities market and those of many fellow consumer goods stocks.