Please ensure Javascript is enabled for purposes of website accessibility
Log In Help Join The Motley Fool
Free Article Join Over 1 Million Premium Members And Get More In-Depth Stock Guidance and Research
By Travis Hoium - Jul 1, 2020 at 11:15AM

If you're looking to build wealth, these stocks are a great place to start.

Forever might seem like a long holding period, but Foolish investors know that's what we should all be aiming for. Holding a stock over a very long period of time allows us to look past the day-to-day volatility of the market and allow a company to grow into what it can be years or decades from now. 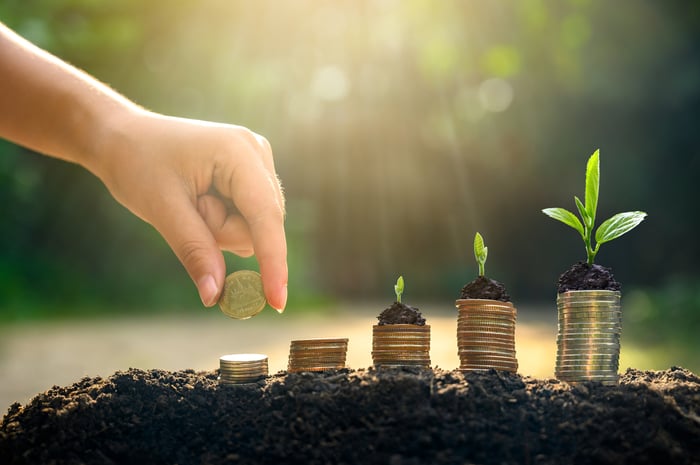 The media business has been turned on its head over the past decade. Cable has been disrupted by streaming, and new entrants like Netflix (NFLX -0.58%) and Amazon (AMZN -1.44%) are now among the strongest players in the industry. But Disney has proven to be the media company that's built to last.

Not only is Disney in control of some of the best assets in the "old media" world in Disney Studios, ABC, and ESPN, but it now has the highest-growth streaming service in Disney+. But the company's biggest advantage is what it can do beyond the screen.

Disney's parks and other experiences segment garnered more than one-third of the company's revenue in 2019, and when that arena returns to normal, it will be a big revenue generator again. That's a business that none of the other big technology and media companies can match. When you add in the quality of owning Disney, Pixar, Marvel, and Lucasfilm studios that fuel film and theme park characters, this is a stock I want to own forever.

Apple dominates the smartphone business, and I don't see that changing anytime soon. The company has the scale to adapt to and even build new markets, whether that's in tablets, wearables, or another new technology market.

What I think Apple has going for it that other technology companies don't is the ability to think holistically about its products from start to finish. Since the company is designing everything from the chip to the operating system, it can control the user experience better than any other device company. And as technology gets more complex, that simplicity becomes more important. 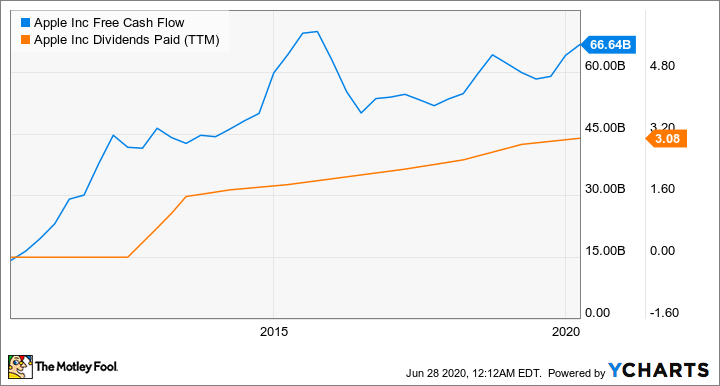 It doesn't hurt that the company is a cash flow machine and is paying a growing dividend each year. We don't know where the technology industry will be a decade or two from now, but I'm betting Apple will be playing a very big role in it.

The world is built on connecting with each other, and the company that makes that possible today is Verizon. The company has arguably the best wireless network in the U.S. and is already a leader in its 5G rollout.

Verizon hasn't been a growth company the way others on this list are, but it's a dividend giant with a 4.6% yield and one of the most stable businesses around given how much we rely on smartphones. 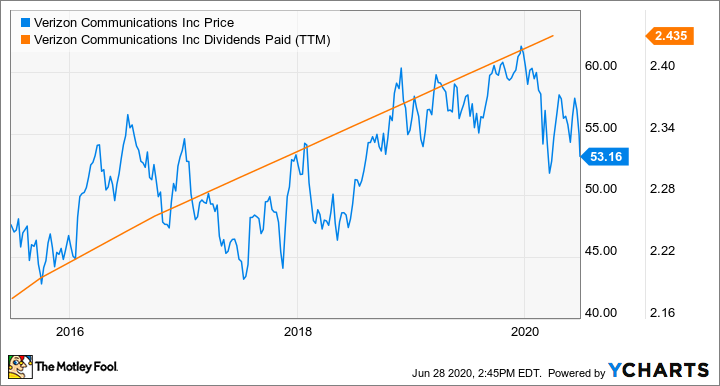 I think Verizon's future looks bright now that the Sprint/T-Mobile merger has taken a competitor out of the market and 5G services are launching. Having fewer competitors should push margins higher, and 5G will allow Verizon to reach into homes with wireless hubs and connect millions of new devices with ultra-fast service. Telecommunications is arguably playing a bigger and bigger role in our lives today, and that will keep Verizon's profits pouring in for the foreseeable future.

The payment network Visa has built with credit cards is one of the most difficult to disrupt of any in the market today. The company supplies a critical service to businesses large and small and provides the payment method millions of people use around the world. It's a two-sided market that only gets stronger as it grows.

With the growth of mobile payments and online shopping, I think Visa's position will grow even stronger. Sometimes entrenched companies can adapt to technological changes, and Visa has been a great example of that. It's a critical partner to everyone disrupting payments, from Square to Apple, and I think that shows it'll be dominant in electronic payments for the foreseeable future.

Given the protests against police brutality taking place today, no company is better positioned to provide necessary services to law enforcement and the community than Axon. The company makes less-lethal tasers and is the industry's clear leader in body cameras, which have provided valuable information about law enforcement actions to the community. It marries this hardware with a cloud storage and analytics solution it calls Axon Cloud, which requires a monthly subscription.

The combination of hardware and software services has resulted in explosive revenue growth over the past decade. But net income has lagged as the company has invested in sales and research to develop new products. 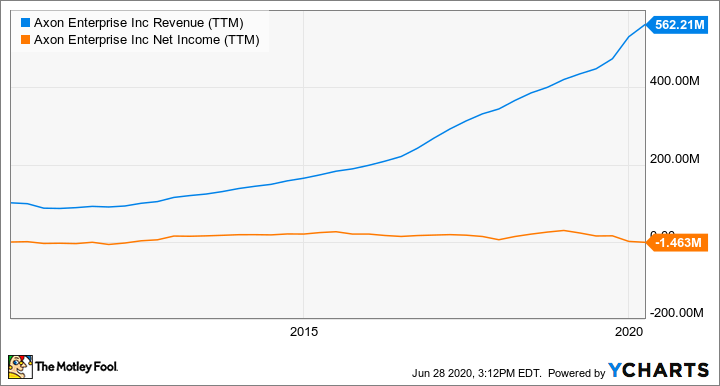 Over the next few years, I think this business will become extremely profitable as high-margin software sales grow as a percentage of revenue. And the business will be very sticky in law enforcement agencies because of long-term contracts and high switching costs when contracts are renewed.

Axon has proved that it can be an innovative solutions provider for the intersection between law enforcement and the community. That's needed now more than ever, and that's why I like the stock for the long term.

Building an investment to last

Companies that start with a strong foundation and are able to leverage that foundation to grow are going to be great investments. The five stocks I highlighted here range from growth stocks to dividend stocks, but they are all well positioned in their respective businesses -- which is why I plan to own them forever.