Starbucks (NASDAQ:SBUX) and Shake Shack (NYSE:SHAK) were both soaring before the COVID-19 pandemic, but that crisis naturally took a bite out of their earnings last quarter. Both the coffee giant and the better-burger chain feature small locations geared toward the higher end of the mass market. Starbucks, of course, has been around much longer and has many more stores. But size isn't everything when it comes to investing, so which of these would be the better stock to buy now? Fresh and new, or experienced and ubiquitous?

Starbucks is the undisputed leader in premium coffee. In most of the world, it doesn't really have any similar competitors in the coffee space, although it's often compared with McDonald's and Dunkin' Donuts, both of which heavily promote their coffee beverages. 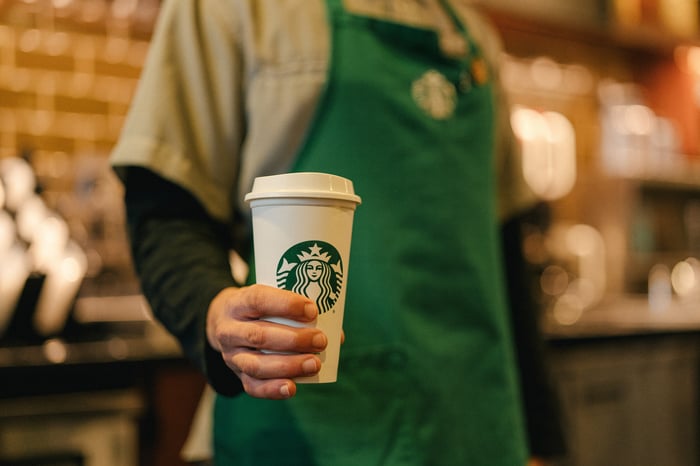 Starbucks has delivered regular sales growth in each quarter for years, but revenue recently declined for the first time in a decade as the pandemic took hold in the U.S. The company's fiscal second quarter, which ended March 29, included a month during which more than half of its 4,300 or so stores in China were closed, after which it began gradually reopening them. And in the U.S., the first few days of its closure to in-cafe traffic overlapped the end of fiscal Q2.

The company gave a fiscal-third-quarter sales update June 10 that showed significant declines as shelter-in-place conditions continued, with comp-store sales down by 63% in April and still down by 32% year over year in the last week of May. Starbucks management expects sales to pick up in the fiscal fourth quarter.

Starbucks has had great success positioning itself as a "third place" for people to gather, and has been able to penetrate new markets such as China -- where it was growing the fastest prior to the pandemic. 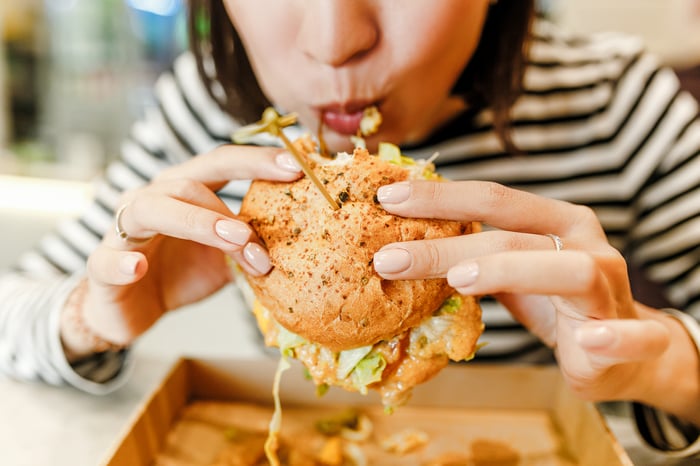 The case for Shake Shack

Shake Shack is one of the newer entrants in fast food, offering a premium menu and a roadside-burger-style setup. It has grown revenues outstandingly, and still delivered a sales increase in the first quarter, which ended March 25 and included about a week of lockdown. Same-store sales plunged hard in the last two weeks of the quarter, dropping first by 46% and then 73% year over year.

The company opened 12 new restaurants in the first quarter, bringing its total to more than 280 owned and licensed locations, both domestic and international, which means it has plenty of room to grow.

However, sales in the second quarter remained low, with weekly comp sales down by as much as 72% year over year in the first week of April. About half of the chain's licensed restaurants were shut completely; the others switched to a to-go model. But the company quickly mobilized to expand delivery options and open drive-thrus, and began offering make-your-own-burger kits and other special to-go items.

One way to spot a winning investment is to look for companies that can find new sources of growth, and Starbucks is a star in that way.

I mean, it mostly sells coffee drinks, yet brought in more than $26 billion in revenue in fiscal 2019 -- just a bit less than McDonald's and Restaurants Brands International (which includes Tim Horton's, Popeye's, and Burger King) combined.

While even loyal fans may wonder how in the world another Starbucks could be added to the market, the company began piloting a new mobile-only concept late last year. And whether it's via international expansion or the addition of plant-based meats to the menu, Starbucks has found ways to keep growing.

So while some surmise that the coffee company doesn't have enough of a differentiated model to fend off upstarts, its lead is so vast and its skill at pivoting so well-developed that it should be able to maintain its lead even under stressful circumstances.

While Shake Shack has mobilized to face the challenges of the pandemic, it hasn't yet proved its ability to grow into a major player in its highly competitive niche. It seems to have a bright future ahead, but it may take a while to dig out of the current mess, and its future is just less clear.

Starbucks' stock has an annualized five-year return of 6.5% through Tuesday's close, while Shake Shack investors have gone backwards over the same time span. Combine that with Shake Shack's price-to-earnings ratio over 100 vs. Starbucks' P/E of 16, and the better-burger chain just doesn't seem so enticing. For now, I'd stick with Starbucks.