The company, formerly The Rubicon Project, says its future is in connected TV. But then the man leading its connected-TV gains abruptly resigned.

On April 1, The Rubicon Project completed a merger with Telaria to create the largest independent sell-side advertising platform. The reason for the merger was simple. Telaria excelled in the connected-TV segment of its business. The combined company gave it the scale needed to better capture the upside from the huge shift away from linear TV.

The Rubicon Project has since been rebranded as Magnite (MGNI 0.79%). An investment in Magnite revolves around a connected-TV thesis. So, should shareholders be concerned that Telaria's former CEO unexpectedly resigned from the company in June? 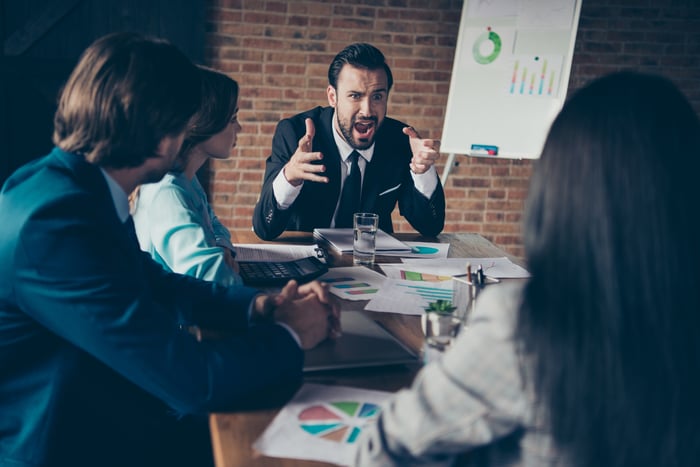 Mark Zagorski is Telaria's former CEO, responsible for completely transforming the company. When he was hired away from Nielsen in 2017, Telaria was known as Tremor Video, and it wasn't living up to its potential. Tremor Video had both a sell-side and buy-side platform, creating reluctant adopters due to a perceived conflict of interest.

Zagorski sold the buy-side platform segment of the business, conceding the space to more entrenched players like The Trade Desk. Tremor Video was also rebranded as Telaria -- a fitting decision since the company had fundamentally changed. In addition to going "all-in" on the sell-side, it also doubled down on connected TV. Connected-TV revenue became the company's primary growth engine, growing 322% year over year in 2018, followed by 100% growth in 2019.

Give Zagorski credit for his accomplishments at Telaria in connected TV. Upon merging with then-named The Rubicon Project, he was given the role of chief operating officer, a job he seemed well suited for. However, by abruptly resigning, some doubt was cast on the situation. Were there problems with Magnite's management (perhaps a difference in opinion on the future of connected TV) leading to Zagorski's resignation? The possibility isn't encouraging.

To be clear, there's no indication there was a problem at Magnite leading to Zagorski's departure -- that's pure speculation. The press release merely said he's leaving to "pursue a new opportunity." And it's actually very plausible there's nothing more to it, considering his work history. His LinkedIn profile starts with this description: "Built, expanded and successfully exited start up companies." He considers successful exits part of his relevant job experience.

Not everyone is wired to stick around for the long haul. Some people like starting something, then leave once it gets rolling. That's OK; we embrace motley. Magnite's shareholders certainly hope this was Zagorski's motivation, because there's a lot at stake with connected TV.

According to eMarketer, connected TV ad spending could increase 59% between this year and 2023. However, that will still represent a very small portion of overall ad spend, providing plenty of opportunity for future growth. Also according to eMarketer, there are only about 40 million U.S. households that have completely cut the traditional linear-TV cord. That's fewer than half of the households still paying for TV through options like cable and satellite.

There are multiple reasons to believe the death of linear TV is nearing. In a survey from The Trade Desk, 11% of households still paying for cable say they plan to cancel before the end of the year. Current trends lend credibility to this projection. The top five pay-TV companies lost millions of subscribers in the first quarter of 2020 compared to the first quarter last year. 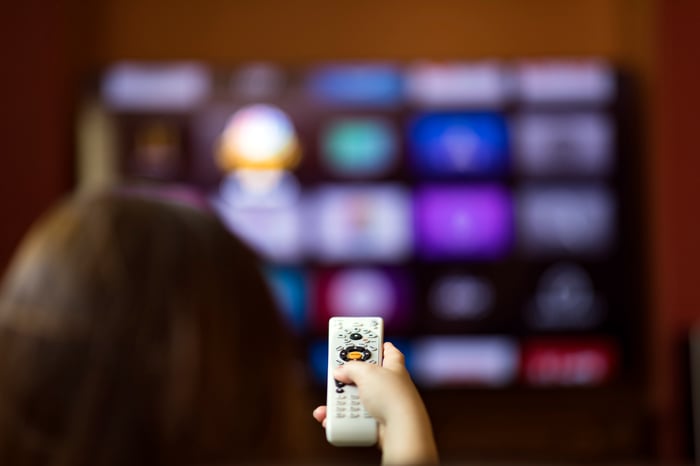 Despite trends in Magnite's favor, guidance for the upcoming second quarter felt weak. First-quarter revenue for both Telaria and Magnite was $51.4 million, with Telaria's connected-TV segment up 74%. However, it's only guiding for second-quarter revenue of $36 million to $39 million. If the connected-TV trend is so powerful, why would the company guide for a sequential drop in revenue?

Ad spending is temporarily suppressed because of the coronavirus. After all, if health considerations keep consumers from enjoying certain products, businesses won't get a good return on investment for advertising right now. Budgets have been cut, and less ad supply reduces revenue per filled ad slot.

However, Magnite's ad slots are growing fast right now; people are streaming more video content than ever before. Once COVID-19 hit, the company's ad slots increased by 25%. More slots for less money results in less revenue. But when advertising budgets pick back up, it could create a strong tailwind for this technology company.

Furthermore, Zagorski deserves credit for his work at Telaria, but investors shouldn't over-credit him for the company's success. Companies are comprised of many important players beyond the CEO. Magnite will have continuity in the connected-TV department, with former Telaria Executive Chairman Paul Caine remaining as the company's chairman. Additionally, Magnite CEO Michael Barrett will assume Zagorski's responsibilities, and his track record at The Rubicon Project suggests he's up for the task.

In short, it's worth monitoring Magnite's progress in connected TV in the wake of Zagorski's departure, but there's no reason to think the company can't still excel in the space. Magnite is the largest sell-side platform with an experienced management team and has a pristine balance sheet, giving it scale, leadership, and financial fortitude. If any sell-side platform is poised to profit, it's Magnite. And that's why it's a no-brainer stock for me.