After rising a nominal 0.6% in May, shares of Plug Power (PLUG -0.17%) were supercharged in June, racing 90.5% higher according to data from S&P Global Market Intelligence. Besides reacting to a bevy of bullish sentiment from Wall Street, investors responded to news of the company's closing of two acquisitions and an upwardly revised 2024 forecast.

Positive coverage of Plug Power's stock extended throughout June. Identifying a $7 price target, analysts from Barclays and B. Riley FBR both espoused bullish perspectives early in the month and assigned overweight and buy ratings, respectively, according to Thefly.com. More notable, however, was the significant upside that H.C. Wainwright analyst Amit Dayal asserted the stock had in lifting his price target from $6 to $14. 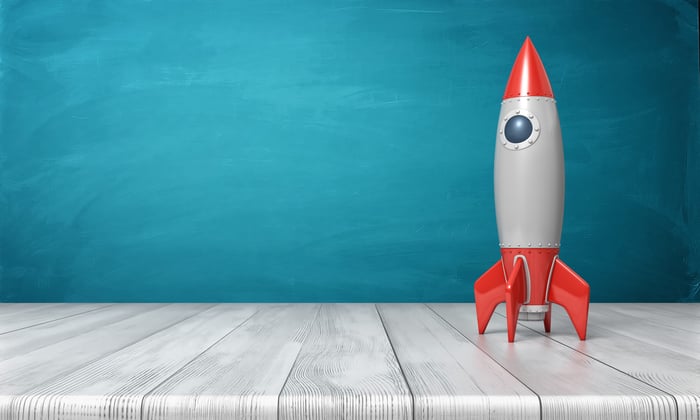 Plug Power's announcement that it had completed its acquisitions of United Hydrogen Group and Giner ELX also spurred investors to pick up shares last month. According to management, those transactions "further enhance Plug Power's position in the hydrogen industry with capabilities in generation, liquefaction and distribution of hydrogen fuel  complementing its industry-leading position in the design, construction, and operation of customer-facing hydrogen fueling stations."

Plug Power foresees notable contributions to both the top and bottom lines from the acquisitions. Whereas it had originally targeted revenue of $1 billion and adjusted EBITDA of $200 million for 2024, the addition of United Hydrogen Group and Giner ELX led management to upwardly revise its those forecasts to $1.2 billion and $250 million, respectively.

Shares of the fuel cell-focused company have extended their upward trajectory so far in July; shares are up over 14% over the past two days. Although there's a lot of enthusiasm for this growth stock right now, enthusiasm is hardly an adequate foundation for an investment thesis. Moreover, the company has a history of setting lofty financial goals and failing to deliver on them. Investors who are excited about Plug Power's prospects, therefore, would be well served to monitor the company's upcoming Q2 earnings report, since the insight that will offer into the company's financials will be more a valuable tool for gauging its prospects than the opinions of Wall Street or the excitement surrounding its recent acquisitions.