The streaming stock has climbed roughly 73% year to date.

Shares of Spotify (SPOT 13.12%) gained 42.7% in June, according to data from S&P Global Market Intelligence. The audio streaming stock gained ground in conjunction with momentum for the broader market and saw big gains following the announcement of new deals and partnerships. 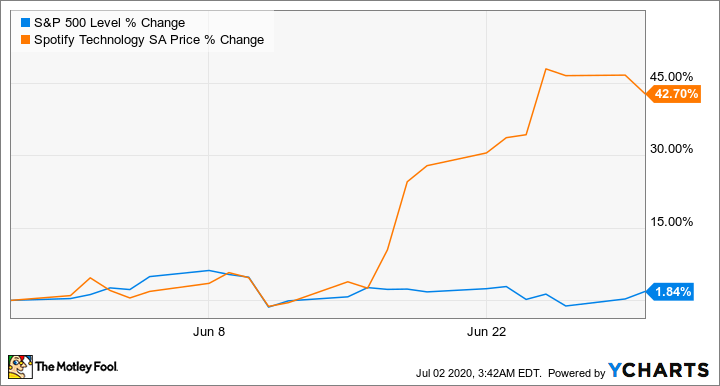 Spotify stock posted big gains in the middle of last month after the company announced a string of new podcast deals and received favorable ratings coverage from analysts. The big gains followed a 19.4% increase in May, and the company's valuation hit a new lifetime high in June. 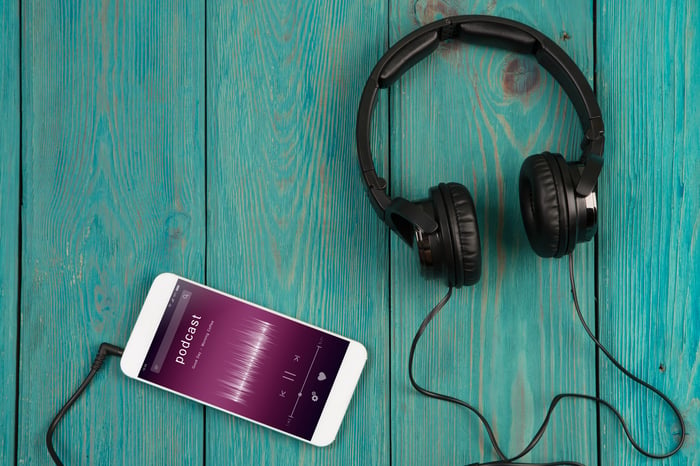 Spotify published a press release on June 17 announcing that it had signed a deal with AT&T's Warner Media unit to feature podcast content revolving around DC Comics characters. The same day, multiple sources reported that Kim Kardashian West had signed a deal to produce a criminal-justice podcast for the company's streaming platform.

Rosenblatt Securities analyst Mark Zgutowicz published a bullish note on Spotify following news of the expanded podcast push and put a $275 one-year price target on the stock, suggesting roughly 17% upside at the time of the note's publication. Investing firm Monness, Crespi, Hardt & Co. raised its price target on the stock to $275 per share the same day.

Spotify stock has lost a bit of ground early in July's trading. Shares are down roughly 2% in the month so far. 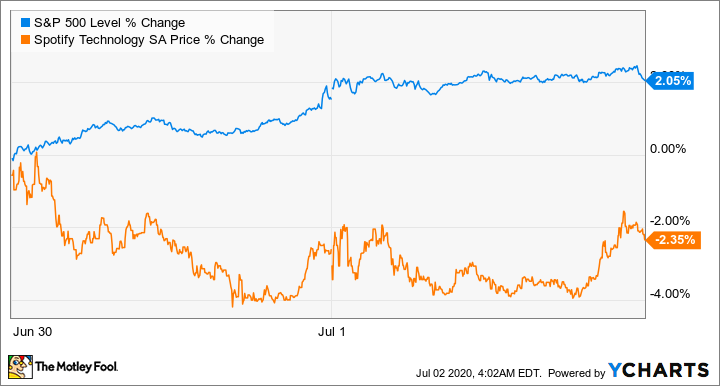 Spotify has built an impressive global user base, with roughly 130 million paying users worldwide and 163 million users on its ad-supported service. Podcast content has emerged as a core component of the company's growth strategy, and the announcement of new content deals last month came on the heels of Spotify securing exclusive rights to The Joe Rogan Experience podcast in May.

Investing in podcast content presents a way for the company to expand its active user base. In addition to bolstering subscription and advertising sales, bringing more users on board the platform should strengthen the company's hand in dealings with music labels and other content producers.