The company's market-crushing performance this year reflects the strength of its catalog and having the right products at the right time.

Shares of Activision Blizzard (ATVI 5.62%) gained 27.7% across the first six months of the year, according to data from S&P Global Market Intelligence. Strong performance for some of the company's key franchises and heightened player engagement stemming from the coronavirus pandemic helped the stock significantly outperform the broader market across the stretch. 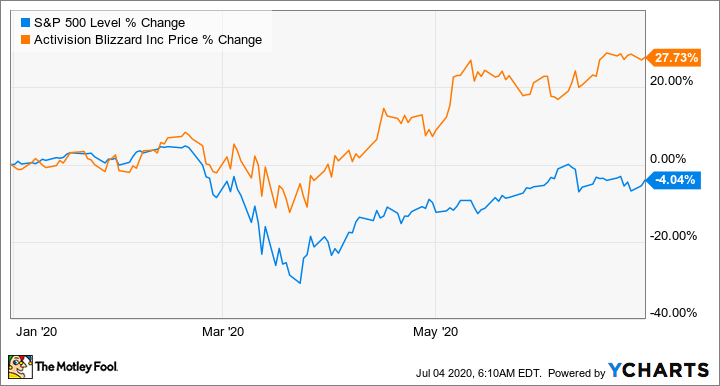 Activision Blizzard reported fourth-quarter results in February and first-quarter results in May, with sales and earnings topping the average analyst targets in both periods. First-quarter performance was especially strong, with the company reporting non-GAAP (adjusted) sales of $1.52 billion and adjusted earnings (after factoring in a deferred charge) of $0.58 per share, while the average analyst target had expected per-share earnings of $0.38 on sales of $1.32 billion. 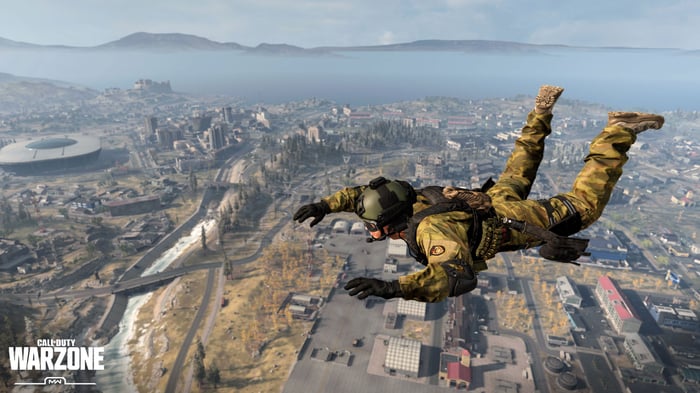 Activision Blizzard's first-quarter results crushed the market's expectations, and shelter-in-place and social distancing measures taken to prevent the spread of the coronavirus played a significant role in the stellar performance. The company's Call of Duty (CoD) franchise played a driving role in the strong performance.

CoD has been one of the most successful franchises in the gaming industry for roughly 15 years, and recent entries in the series show that the property still has plenty of gas in the tank. 2019's Call of Duty: Modern Warfare and Call of Duty: Mobile continued to see strong sales and engagement into this year, and the franchise's most recent installment has also been a big hit.

Call of Duty: Warzone (a free-to-play game for PC and console platforms) launched in March, which wound up being fortuitous timing because the title's release window coincided with people spending more time indoors to reduce potential exposure to the coronavirus. The shelter-in-place and social-distancing efforts also created tailwinds for the company's other core properties.

Activision Blizzard stock has continued to gain ground early in July's trading. The company's share price is up roughly 3% in the month so far. 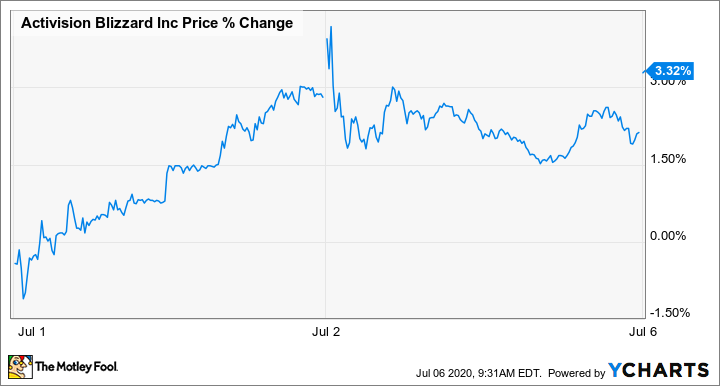 Activision Blizzard's stock has climbed 62% over the last year, but it still trades down roughly 7% from the lifetime high that it hit in October 2018. The video game industry still has huge potential for long-term growth, and Activision Blizzard's collection of proven development teams and bankable franchises puts it in a good position to benefit from increasing demand for interactive entertainment.