Moderna (NASDAQ:MRNA) was one of the first companies to kick off a phase 1 clinical trial for its investigational COVID-19 vaccine, mRNA-1273. The trial in question, led by the National Institutes of Health (NIH), started in mid-March and enrolled 45 healthy adult volunteers. The trial tested the vaccine's safety, immunogenicity (ability to cause immune system response), and reactogenicity (possible side effects). After getting the green light from the U.S. Food and Drug Administration (FDA), Moderna started a phase 2 trial for mRNA-1273 in May. This trial will test the safety, immunogenicity, and reactogenicity of the vaccine in a pool of 600 healthy participants.

On June 11, the biotech company announced that it had finalized the protocol for its phase 3 clinical trial for mRNA-1273. Moderna plans on enrolling 30,000 participants for this trial, whose primary endpoint will be "the prevention of symptomatic COVID-19 disease." Although Moderna expected to start this late-stage study this month, the start of this trial has been delayed, according to a report from STAT, a healthcare industry news website.

Moderna's shares have soared by almost 200% year to date, mainly due to its efforts to develop a vaccine for COVID-19. But what should investors make of this latest development? 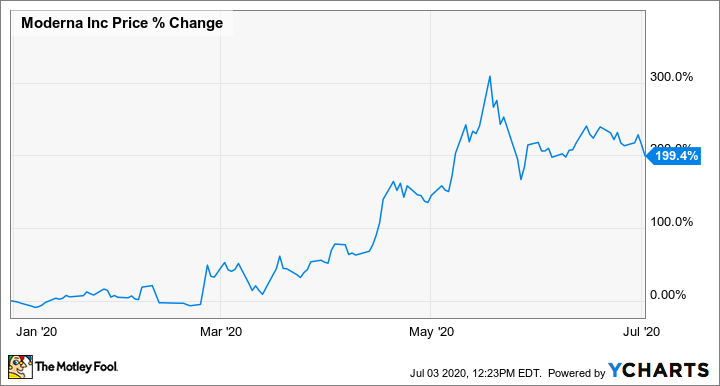 First, it's essential to acknowledge the blistering pace at which Moderna has been moving through the early stages of the development of its potential COVID-19 vaccine. Under almost any other circumstances, it likely would have taken the biotech company years to get to this point. Developing a new vaccine typically takes between 10 to 15 years, according to the International Federation of Pharmaceutical Manufacturers and Associations (IFPMA).

According to the report, Moderna also still plans on starting this clinical trial in July, although, at this point, there's no guarantee that the company will do so. One more point worth mentioning is that a change in the protocol was what allegedly caused the delay, which, as stated by an unnamed investigator familiar with the matter, is a common occurrence in clinical trials. In other words, there's nothing abnormal about this delay, at least as far as we know. 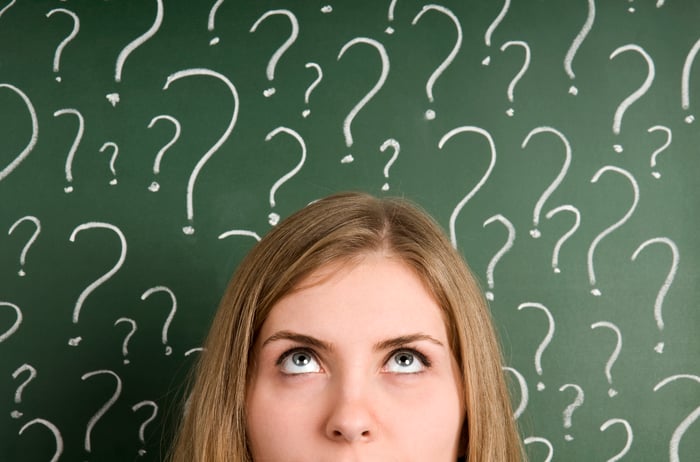 With that said, though, the race to launch a COVID-19 vaccine on the market is heating up. For instance, AstraZeneca -- which is developing its investigational COVID-19 vaccine in collaboration with the University of Oxford -- began enrolling participants for a phase 2/3 clinical trial in late May. AstraZeneca is regarded as one of the leaders in this race, and the company was also one of the original five selected by the U.S. government to join the Operation Warp Speed program. This initiative seeks to accelerate the development of a vaccine for COVID-19.Novavax is also currently running a phase 1/2 clinical trial for its investigational COVID-19 vaccine, NVX‑CoV2373; the company expects to publish some data from this trial this month.

Of course, Moderna remains one of the undisputed leaders in this race, even with the delay of the start of its phase 3 clinical study. However, given that Moderna's gains on the market this year have been driven entirely by its push to launch a vaccine for COVID-19 on the market -- preferably before any of its peers do -- it isn't surprising that investors were not thrilled that the company hit a bit of a roadblock.

Depending on how long the start of its phase 3 clinical trial is delayed, this episode may turn out to be nothing but a minor complication for Moderna. If the company still manages to start its late-stage study sometime in July, or even in August, it will still be ahead of the vast majority of its competitors in this race. Furthermore, Moderna's CEO, Stephane Bancel, said earlier this year that no single company can produce enough COVID-19 vaccines to meet the worldwide need. This opens the door for multiple companies to have their vaccines approved by regulatory authorities. Moderna remains well-positioned to be one of the first to cross the finish line.

In short, those who think Moderna presents attractive prospects shouldn't make much of this delay. However, results from clinical trials will be the most critical factors in the hunt for a COVID-19 vaccine. If Moderna's potential vaccine fails to prove effective in a future clinical trial, its stock will plunge, especially considering the company has no other products on the market and no pipeline candidate in late-stage testing. This makes Moderna a risky biotech stock to invest in. But for investors willing to take the risk, the reward could be well worth it.