Please ensure Javascript is enabled for purposes of website accessibility
Log In Help Join The Motley Fool
Free Article Join Over 1 Million Premium Members And Get More In-Depth Stock Guidance and Research
By Dave Kovaleski – Updated Jul 9, 2020 at 9:51AM

The Boston Federal Reserve released its initial list of banks that will be accepting applications from new business customers in the Federal Reserve's Main Street Lending Program, and only one megabank was among them -- Bank of America (BAC -1.48%).

Bank of America was also the only bank to be listed as a lender in all 50 states, plus Washington D.C.

Banks have the option of serving existing customers only (like Citigroup, U.S. Bancorp, and Wells Fargo, according to The Wall Street Journal) or declining to announce their plans (like JPMorgan Chase, also according to the Journal).

Beyond Bank of America, only one other top 10 bank, Truist, was on the list of banks taking new business customers. Truist will provide loans in 16 states, followed by KeyBank, which was listed as a lender in 15 states. Among other lenders, BBVA was in 12 states; Citizens was in 12 states; Zions Bancorporation was in 10 states; Fifth Third was in eight states; People's United was in seven states; and Synovus was in five states. 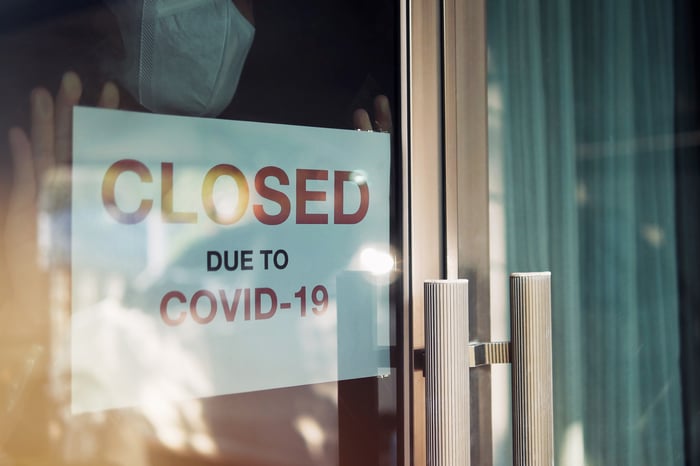 The $600 billion Main Street Lending Program was established by the Federal Reserve to provide loans for small- and mid-sized businesses to get through the COVID-19 crisis.

The program offers five-year loans with floating rates, and principal and interest payments deferred. The loans are in the range of $250,000 to $300 million. After making the loans, the banks then sell 95% interest in the loan to the Federal Reserve to collect on it, backed by the Treasury if the businesses don't repay. The lender retains 5% of the loan.

Federal Reserve Board Chairman Jerome Powell said this week that about 300 banks had signed up to participate. However, banks are "not getting a ton of interest from borrowers," Powell said in a congressional hearing this week.

The list of participating banks will be updated regularly as more lenders register and are added to the list.

Both Bank of America and Truist were down about 1% in trading on Wednesday.

Correction: The original version of this report should have clarified that Wednesday's announcement applied to banks that announced they were serving new business customers. Others may stick to existing customers or decline to announce their plans.