Eldorado Resorts (NASDAQ:ERI) is now much closer to merging with its peer Caesars Entertainment (NASDAQ:CZR) following the approval of two related Nevada regulators.

On Wednesday, the state's Gaming Control Board and its Gaming Commission granted approval for the merger, which will see Eldorado effectively acquire Caesars in a deal originally valued at around $17.3 billion, including debt assumption. 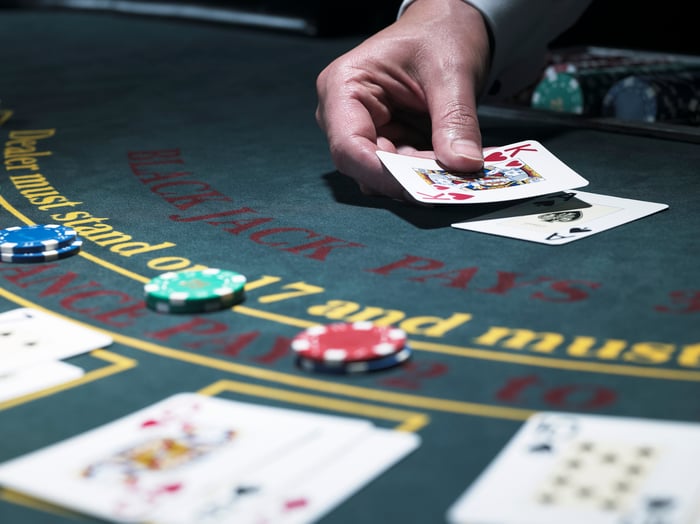 The long-gestating merger was first announced in June 2019. Eldorado and Caesars agreed that the former company would pay a total of $12.75 per Caesars share in a mix of cash and Eldorado common stock. Ultimately, current Eldorado shareholders should possess around 51% of the merged entity, with Caesars investors holding the remainder. The resulting company is to retain the more storied Caesars name.

Since then, the merger has gone through reviews from numerous regulators, and has been modified.

Late last month, the Federal Trade Commission (FTC) gave its approval to the deal, conditional on Eldorado selling two casinos -- one in Nevada and one in Louisiana -- to a small and relatively obscure gambling company, Twin River Worldwide Holdings. Eldorado is also required to wrap up its pending sale of its Isle of Capri riverboat casino in Kansas City, Missouri, within 60 days of the Caesars merger closing.

With the approval of the Nevada authorities, the only such hurdles remaining for the merger are final nods from regulators in Illinois and New Jersey.

On Wednesday, investors greeted Eldorado's news very positively. They bid the company's stock up by 4.5% on the day, well eclipsing the gains of the wider stock market and many fellow discretionary consumer goods titles. Caesars' rose too, albeit at a more modest 1.7% clip.