But the company's headline financials were far worse compared to the same quarter last year.

Not surprisingly, Levi Strauss (LEVI 3.49%) suffered from withering declines in its business in its most recent quarter. The company managed to beat analyst estimates for the period, however.

In Levi's second quarter of fiscal 2020, the results of which were published after market hours on Tuesday, net revenue cratered by 62% on a year-over-year basis to $498 million. The company flipped into the red on the bottom line, with a $191.5 million ($0.48 per share) non-GAAP (adjusted) net loss against the year-ago quarter's profit of $64.8 million. 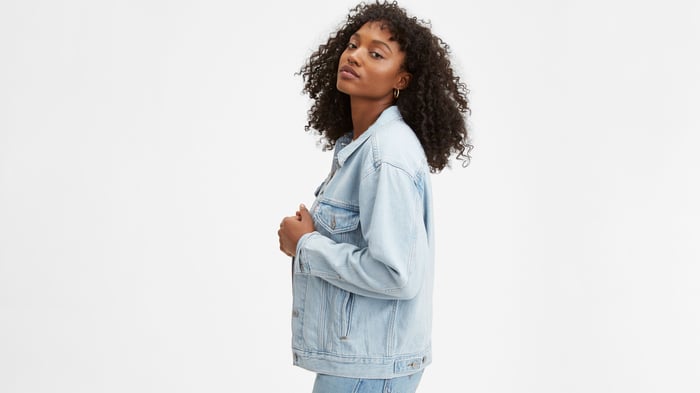 However, analysts were expecting worse. On average, they were modeling only $485 million on the top line, and an adjusted per-share loss of $0.49.

As with many other retail and heavily retail-dependent companies, Levi's was decimated by the economic fallout of the coronavirus outbreak.

Stay-in-place mandates prevented many would-be customers from going to clothing stores; Levi's has had a strong brick-and-mortar retail presence for many years. Despite the explosion in e-commerce, many shoppers still prefer to try on clothes before buying them, which necessitates a visit to a store.

As for its outlook on the rest of the year, Levi's wrote in the earnings release that "[g]iven the ongoing substantial uncertainty resulting from the COVID-19 pandemic and related economic impact, the company has withdrawn all guidance provided on January 30, 2020, is not providing further guidance at this time."

The company's stock was down by nearly 5.3% before market hours on Wednesday, a steeper fall than that suffered by numerous discretionary consumer goods peers.