The new-age database company received a jolt of optimism around the need for rapid business digitization.

Shares of MongoDB (MDB 5.42%) rose 72% in the first half of 2020, according to data from S&P Global Market Intelligence. The upstart document database company had not one but two earnings reports during the first half of the year, in both March and June, with each quarter's revenue figures beating expectations.

While this high-flying growth stock forecast a slowdown in the second half of the year because of COVID-19, industry developer surveys pointed to MongoDB as being very much in demand as a preferred database solution. Therefore, investors were willing to look past near-term headwinds to crown MongoDB a winner of the new digital economy. 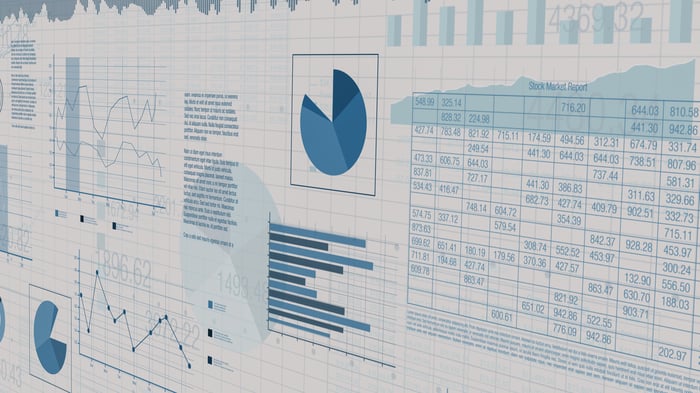 In its most recent earnings report, which covered February through April, MongoDB reported a whopping 45.8% revenue growth rate, along with adjusted (non-GAAP) net losses of $0.13, both figures beating analyst expectations. Importantly, the company's cloud-based Atlas service maintained its huge growth rates, up over 75%, making up 42% of overall revenue.

Still, MongoDB gave fairly conservative guidance, forecasting only $525 million in revenue for the full year. That would mark a growth rate of only 24.5% over fiscal 2020, signaling a big slowdown in the back half of fiscal 2021. In the release, management said "the impact from COVID-19 will be longer than we originally expected at the beginning of this fiscal year," which it predicts will negatively affect deployments in the back half.

Despite the tepid guidance, investors apparently still think MongoDB will be a long-term winner, helped by the acceleration of new digital solutions for enterprise IT. In a poll of over 65,000 developers, MongoDB won "Most Wanted Database by Developers" during the quarter, and it continued to win slots in marketplaces hosted by the large cloud platforms. As such, underlying demand and affection for MongoDB's solution seems intact.

MongoDB's share price has skyrocketed since the March low and now trades at a lofty 28 times sales. That's extremely expensive for a stock only growing revenue 24.5% or so, as MongoDB forecasts for its fiscal 2021.

Nevertheless, MongoDB seems set to disrupt or at least garner a decent share of the huge and growing enterprise database market, which could make it a long-term technology winner. Therefore, investors should keep an eye on the stock for any significant pullbacks after the stock's massive first-half run.

Why MongoDB Stock Fell Today Despite a Bullish Analyst Note
401%