We're now starting to see the first field reports of how Walt Disney's (NYSE:DIS) resort in Florida will work in the new normal. Disney cast members and their guests were able to visit the resort's original Magic Kingdom park on Tuesday for the first time since the gated attractions closed down nearly four months ago.

A lot of the new procedures are old hat to anyone who has visited Central Florida since its theme parks started to open in late May. Disney World has the same temperature checks at the entrance, face-covering requirements, and social-distancing norms within the actual queues and ride vehicles as its peers. However, Disney taking its time is paying off in other ways. This could actually work -- even with COVID-19 cases in Florida seemingly spiraling out of control with many hospitals in the state already running short of ICU beds. 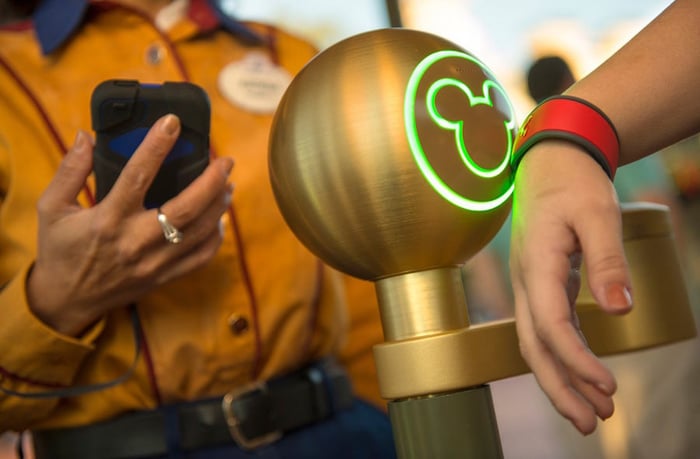 It's a great big dutiful tomorrow

One big difference between Disney World and its smaller rivals that have been open for about a month is that it has made even more investments in infrastructure. The rides that have traditional switchback queues with folks snaking back and forth now have large plexiglass barriers installed along the way.

Disney World's Magic Kingdom is the only theme park on the planet to top 20 million visitors a year. It obviously won't come anywhere close to that kind of throughput this year. Closing down for nearly four months will eat into the guest counts, and the park has turned to an online reservations system to limit daily visitors that will likely be in place for some time.

The park remains a unique place with folks parking in one place and being whisked to the turnstiles through a system of ferry boats, monorails, and motorcoaches, and each of those modes of transportation have new safeguards in place to keep guests separated from one another. Every process that guests have taken for granted in the past has had to be revisited and reengineered. Guests are now continually moving through pre-show areas. There are new relaxation zones in large open spaces where guests can safely remove their masks away from other visitors to catch a break in the unforgiving Florida summer heat.

If you're making your first visit to Disney World in this unusual climate, it won't be ideal. If you're coming back for a taste of nostalgia, the aftertaste has a kick to it that you may not like. The experience is clinical but necessary, but that won't make it any less therapeutic.

It's a testament to the theme-park industry's careful reopening process that no one is blaming the surge in Florida cases to the gated attractions that started unlocking their turnstiles shortly after Memorial Day. The spike in coronavirus spread has been tied to house parties, large social gatherings, and bad actors in the bars and restaurants space that have not limited guest counts or taken measures to keep groups apart from one another.

Theme parks may not be an essential business but they're going even more out of their way than supermarkets, pharmacies, and home-improvement superstores to make sure that employees and customers are safe from COVID-19's deadly grip. From an investing perspective, the players are all still likely losing lots of money this summer.

The safeguards aren't cheap. The short leash on guest counts will make it hard to cover substantial operating expenses. There's also a lack of out-of-town visitors, by design, in the containment effort, but that also means serving locals who spend far less at the parks than outsiders. The House of Mouse gets it. Disney didn't become a bellwether for consumer discretionary stocks by accident.

Will Disney World Ever Be the Same? @themotleyfool #stocks $DIS Next Article
Current