The Netherlands-based company hopes to win a license to produce cannabis for that nation's experiment with legal recreational marijuana.

Village Farms International (VFF 3.16%) is making a play to get involved in what might turn out to be the first legal recreational cannabis market in Europe. The company announced that it has taken a stake in privately held DutchCanGrow. The Netherlands-based business is vying to become one of a maximum of 10 licensed cannabis growers supplying what is currently an experimental recreational marijuana legalization program in that country.

With the inclusion of Village Farms, DutchCanGrow has six equal shareholders, each of which holds nearly 16% of the company. A seventh investor owns 5%. In its announcement, Village Farms did not identify any of its fellow shareholders, nor did it disclose how much it is paying for its stake. 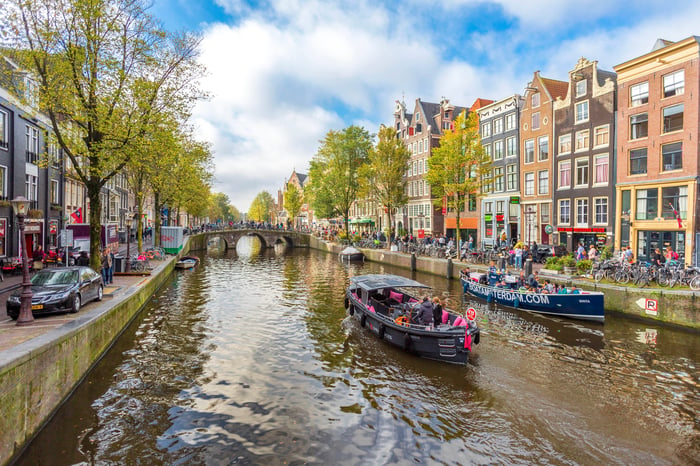 Later this year, the Dutch government will award licenses for what it has dubbed its Experiment to Investigate Closed Cannabis Supply Chains. This project, which will be conducted in 10 cities throughout the nation, aims to evaluate whether the Netherlands can establish a successful, fully legal production and supply chain for the recreational marijuana market. If DutchCanGrow wins one of these licenses, it will build and operate a growth and production facility in the country.

Medical cannabis is already legal in the Netherlands, while recreational sale and use are prohibited. Despite that, authorities do not prosecute people for the sale or possession of less than 5 grams of cannabis as long as sellers and buyers keep their activity within a certain set of criteria. However, the cultivation and transport of marijuana goods for recreational purposes remains illegal. This experiment aims to potentially rectify this imbalance.

Investors might be skeptical about Village Farms' prospects in this enterprise. On Thursday, when the broad S&P 500 index declined by about 0.6%, the marijuana stock fell by 7.6.