Shares of Advanced Micro Devices (NASDAQ:AMD) rose 14.7% during the first half of 2020, according to data from S&P Global Market Intelligence. The semiconductor designer continued its strong multiyear run, as it continued to bring the smallest leading-edge chips to market for high-growth applications.

Despite a mere in-line result on its first-quarter earnings report, AMD continued to march higher alongside technology growth stocks, especially those levered to video games. 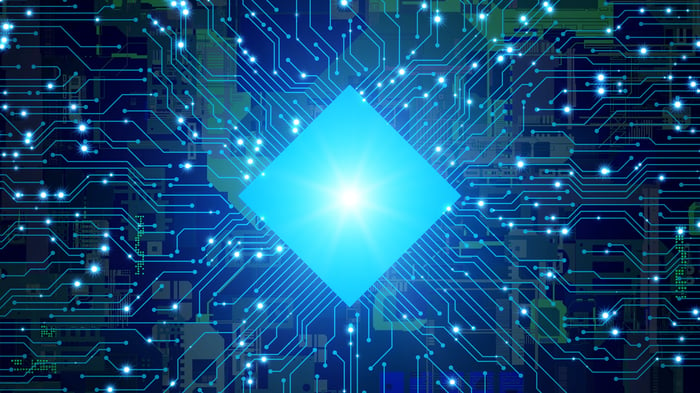 Although recessions are normally bad for semiconductor stocks, the current pandemic-induced recession is actually causing demand to increase for certain applications, such as cloud computing, laptops, and video games. Video games are also set to get a further boost as new PlayStation and Xbox consoles are due out in the second half of the year.

Not only does Advanced Micro Devices play in all of these categories, it's taking market share, especially in CPUs, where it competes with Intel (NASDAQ:INTC). Two years ago, AMD surpassed Intel in making a 7nm chip, and it has gained share for 10 straight quarters in client computing. Meanwhile, AMD is only just beginning to ramp up its 7nm EPYC data center CPU sales, where it still has low single-digit market share.

High-growth stocks like AMD are all the rage right now in the low-interest rate environment, and with AMD's end-markets undisturbed by COVID-19, its stock rose in the first half of the year.

Clearly, the market is aware of AMD's growth potential, with the stock trading at 53 times next year's earnings estimates. Still, AMD looks well positioned to continue its growth trend for the next few years at least, as new gaming consoles, cloud computing, and compute-intensive applications like artificial intelligence and 5G continue to grow.

Thus, investors should be on the lookout for any pullbacks, and may wish to add AMD in smaller allocations today as part of a well-diversified technology growth portfolio.

Why Shares of Advanced Micro Devices Rose 14.7% in the First Half of 2020 @themotleyfool #stocks $AMD $INTC Next Article
Current