Move along, folks. There's nothing to see here.

That's the good news. Now here's the bad: There's absolutely no reason for it. 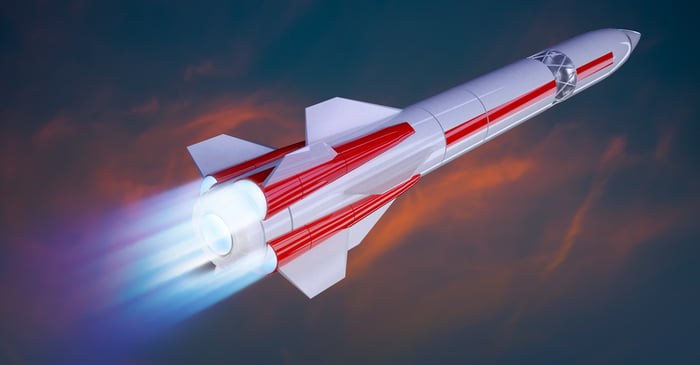 Scanning the newswires, there's nothing happening at Virgin Galactic right now. Over on Twitter -- often the source of market-moving news on the momentum stock darling -- it's similarly crickets.

On TheFly.com meanwhile, another source for insight into often-inexplicable stock moves, they're just as confused, noting that Virgin's second-quarter earnings report isn't due out until August at the earliest. (And even then, analysts polled think Virgin Galactic is likely to report a $0.25-per-share loss -- hardly something to get excited about.)

In short, there's simply no good reason for Virgin Galactic stock to be rising today -- certainly not spiking 10% higher, much less 15%. So why is this happening?

Here's one clue: TheFly observes that "as [the] stock climbs," Virgin Galactic "calls" are taking off -- by which they mean that options traders are betting that Virgin Galactic stock will go even higher, so that they can one day "call" options sellers and force them to sell shares of the company at a price lower than what (they hope) the stock will sell for a few months from now.

Put more simply, Virgin Galactic stock is going up because people think it will keep going up. It's a momentum trade we're seeing here today, plain and simple. And if you ask me, that's simply not a good reason to buy.