Please ensure Javascript is enabled for purposes of website accessibility
Log In Help Join The Motley Fool
Free Article Join Over 1 Million Premium Members And Get More In-Depth Stock Guidance and Research
By James Brumley – Jul 10, 2020 at 10:15AM

Neither apparel brand, nor the key department stores that carry those brands, are buying inventory at previous levels.

As the world eases its way back to normal despite the lingering coronavirus pandemic, the economy is seeing some fresh signs of life. Last month, 4.8 million people in the U.S. returned to work. The Manufacturing ISM Index, which gauges how busy the nation's factories are, jumped back above the critical 50 level for June, bouncing from May's reading of 43.1 to 52.6. Stocks have rallied accordingly.

However, investors expecting retailers to recover as seemingly quickly as other facets of the economy may want to reconsider this outlook. Not only is consumerism still rather crimped, not even retailers are putting themselves into good position for a rapid rebound. Apparel brands Nike (NKE -12.81%) and Ralph Lauren (RL -2.68%) are the proverbial poster children for this reality, but they're hardly alone when you read between the lines.

Nike's CFO Matthew Friend said it very clearly during the company's June conference call to discuss the quarter ending in May, explaining "we modified our near-term inventory buying plans and proactively canceled pre-COVID-19 factory purchase orders for the fall and holiday seasons by roughly 30% on a unit basis."

Ralph Lauren's CFO/COO Jane Nielsen similarly commented during the company's Q4 conference call covering the period ending in March. "We were able to cancel about two-thirds of our fall holiday orders, take stock of where we were on an inventory level, and then fill in to make sure that we have fulsome assortments for fall holiday that are better aligned to demand," she said. 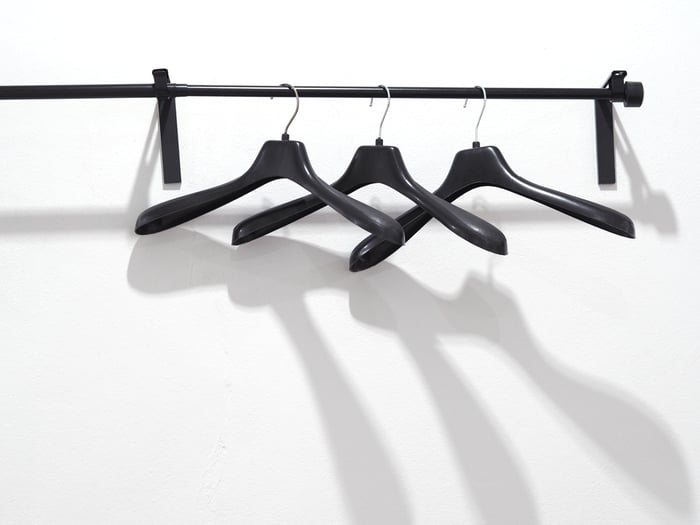 In both cases, the apparel names -- both of which also operate stores -- dramatically reduced inventory receipts for fall/autumn goods, some of which would have been marketable through the year-end holiday gift-giving season. It also seems both companies were at least thinking about not overbuying specifically for the busy November/December shopping surge, if that's what they meant by "holiday." In short, neither company is positioning for a quick retail shopping rebound. It's tough to sell goods you do have, but it's impossible to sell goods you don't have.

Ralph Lauren and Nike may have offered the most direct clues that retail revenues could be tepid through the end of the year, but several others have loosely alluded to the same conservative thinking. Kohl's (KSS -0.75%) CFO Jill Timm noted in May, "We expect to further reduce inventory in the second quarter as we lowered our receipts by more than 60%." That doesn't necessarily mean Kohl's will reduce its receipts into the third and fourth quarters of the year. But, to the extent the second quarter's receipts weren't season-specific, the department store chain isn't heading into back-to-school or fall with quite as big of an assortment as normal.

Meanwhile, inventory plans for rival Macy's (M -1.07%) are just as vague, although interim CFO Felicia Williams was willing to dish on the company's longer-term demand outlook during its early July conference call. She explained that "because we are modeling a slow recovery, we've talked about the fact that we may not be back to our normal environment until the end of '21, possibly entering in 2022." Presumably, Macy's is adjusting its inventory buying to reflect that weakened consumer interest.

On their own, none of these red flags from key retail names were actually treated like much of a red flag. But that's understandable. There's a lot going on right now, and most investors and analysts alike appreciate that most companies are winging it in an environment that's forever changing. Sometimes those changes are for the better, and sometimes not.

As for the retailing business, though, when one combines the inventory and demand comments from Macy's, Nike, Ralph Lauren, and Kohl's, the picture starts to become clearer for the entire retail sector. These companies are tacitly saying the bigger risk at this time isn't buying enough goods, but rather, procuring too much inventory that may go unsold. It's a hint that retailers don't want to end up with too much unmarketable inventory, as they did coming out of Q1.

Investors would be wise to listen for similar inventory-based comments during upcoming earnings calls, as they ultimately paint a picture of what the sector expects from the foreseeable future. Again, it may be challenging to sell goods you have on hand, but you absolutely can't sell what you don't have.