Please ensure Javascript is enabled for purposes of website accessibility
Log In Help Join The Motley Fool
Free Article Join Over 1 Million Premium Members And Get More In-Depth Stock Guidance and Research
By John Ballard – Jul 10, 2020 at 8:05AM

Since the COVID-19 pandemic hit, investors have been enthusiastic about the growth prospects of just about any company that does business online. That's why shares of PayPal Holdings (PYPL -0.79%) have shot out of a cannon, surging 74% in the last three months.

The stock's valuation has spiked in conjunction with that rise, and now sports a forward P/E of 54. Analysts expect PayPal to deliver 7.7% growth on the bottom line this year, but earnings growth is expected to improve to 23.7% in 2021.

Its valuation might look high, but there are three reasons why investors might still be justified in buying PayPal now. 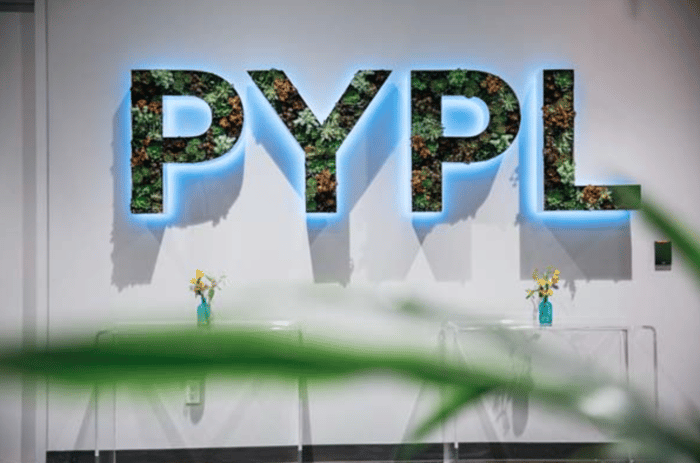 PayPal has been a great growth stock since splitting from eBay in 2015. Revenue has doubled to $18 billion and profits have climbed too, fueling a 400% rise in the share price since 2015.

PayPal has consistently delivered faster non-GAAP (adjusted) earnings growth than revenue, as you can see below.

One of the reasons for that has been the slow rate of growth in non-transaction expenses such as customer support, technology, and sales and marketing. These expense items have grown at single-digit-percentage rates recently, which has allowed more revenue growth to drop to the bottom line.

In the first quarter, the challenging macroeconomic environment caused PayPal to raise its credit loss reserves, which led to a sharp drop in earnings per share. Excluding those loss reserves, adjusted EPS would have increased 26% year over year.

"As we demonstrated consistently for several years now, we remain disciplined in our expense management," CEO Dan Schulman said during the conference call. "We have many levers on the non-volume expenses to sustain our track record of strong earnings growth."

2. Venmo is widening its target market

PayPal added a record 10 million new customer accounts during the last quarter. "Venmo is participating in those record net new actives that we're seeing and had an incredible month, in the month of April," Schulman said.

Venmo's total payment volume grew 48% year over year, reaching more than $31 billion in the first quarter. Venmo is a popular payment app among younger people, who like to use it to handle splitting bar tabs and restaurant bills among friends, among other things. But COVID-19 has widened the audience for this app to whole families, which points to an expanding addressable market for the app.

We're now seeing entire families using Venmo, because the kids are on it. They've got a sense while their parents are back and forth, and so it's becoming a cross-generational platform, and it is being used to pay for goods and services right now. -- Schulman

The trend toward new use cases for the app has been so strong that Venmo was forced to increase the size limit for person-to-person payments to $4,999.99. Venmo makes money when customers use the Venmo card and instant transfer. PayPal also charges merchants a fee for each transaction where the customer uses Pay with Venmo.

"We are seeing a real significant increase in Pay with Venmo," Schulman said. "We're seeing its QR code for instance being used to pick up goods at curbside, at farmers markets."

3. A possible upside to guidance

PayPal expects second-quarter revenue growth of 15% on a currency-neutral basis. Adjusted EPS is expected to increase by 15% to 20% year over year.

During the first-quarter earnings call in early May, management cautioned that there was a wide range of possible outcomes that PayPal might experience in May and June, and that many of them would lead to results that were notably different from their guidance. But recent earnings reports from top retailers suggest that if there is any variance between PayPal's guidance and its results, the difference may be to the upside. Levi Strauss, Nike, and lululemon athletica each reported that strong e-commerce revenue growth continued into June even as more brick-and-mortar stores reopened.

If PayPal continues to improve its adjusted operating margin and to experience momentum due to the pandemic-driven acceleration of the shift to online shopping, this fintech stock should prove its worth even at these high valuation levels.

As Schulman stated, "Digital payments, whether online or in-store, will become an integral part of our daily lives, even when shelter-in-place restrictions lift."