Shares of Comcast (NASDAQ:CMCSA) fell 13.3% in the first half of 2020, according to data from S&P Global Market Intelligence. The communications and media conglomerate posted mixed results in the first quarter, as the company's core broadband products remained robust, while its media operations reported significant reductions amid the coronavirus pandemic.

While Comcast's Xfinity broadband services are in great demand in the stay-at-home economy, its cable division is suffering as a result of cord-cutting, the lack of live sports, and advertising declines. And, of course, the company's Universal Studios theme parks and theatrical releases took massive hits during the lockdowns. 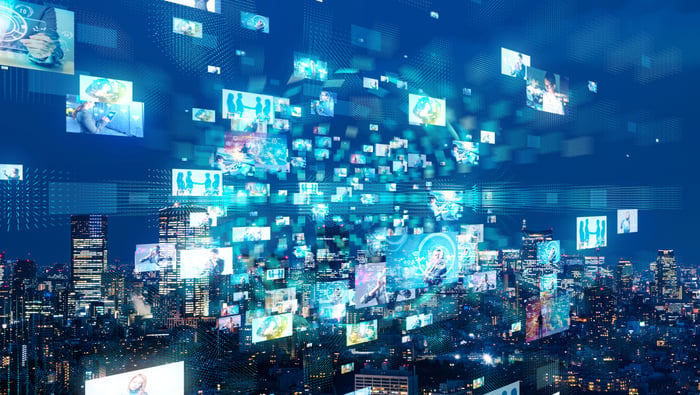 During the first quarter of 2020, Comcast missed analyst expectations on revenue as well as GAAP earnings per share, which likely contributed to the stock's weak recovery from the March crash. While its core broadband and cable segment grew revenue 4.5% and adjusted EBITDA by 6.1%, its NBCUniversal and newly purchased Sky segments took hits to revenue and profitability.

NBCUniversal's revenue declined 7% and its adjusted EBITDA fell a whopping 25.3%, as the segment's theatrical exhibition and theme park businesses suffered substantial losses, even though COVID-19 only had an impact on about one month of the quarter. That doesn't bode well for the June quarter, during which these assets were essentially closed down.

In the meantime, its European Sky operations were also affected, though not quite as badly, with revenue down 3.7% and adjusted EBITDA down 15.3%.

Comcast's business is a mix of stay-at-home and out-of-home businesses, so it's hard to judge at this point. Notably, its new streaming service, Peacock, launched for certain Comcast customers back in April, and will launch nationwide on July 15, though it hasn't yet landed distribution deals on Roku or Amazon Fire TV yet.

Investors should hope for some streaming success, but in any case, Comcast's broadband strength still makes it a solid dividend stock. The communications conglomerate continues to generate significant free cash flow, and raised its dividend by 10% in Q1 despite COVID-19 -- the 12th consecutive year of such increases.

Why Shares of Comcast Stumbled 13.3% in the First Half of 2020 @themotleyfool #stocks $CMCSA $AMZN $ROKU Next Article
Current