Please ensure Javascript is enabled for purposes of website accessibility
Log In Help Join The Motley Fool
Free Article Join Over 1 Million Premium Members And Get More In-Depth Stock Guidance and Research
By Jim Halley – Jul 11, 2020 at 7:25AM

There are a lot of negatives and risk to the company, but there is a lot of potential too.

Last month, I shared some reasons for investors to stay away from Quebec-based marijuana company HEXO (HEXO -2.04%). There were a number of things to be concerned with, but the three biggest were the possibility the company could be delisted from the NYSE, its  difficulty in keeping expenses in check, and its subpar cash position.

Having said all that: HEXO may still have the potential to be a millionaire-maker stock. The future is bright for any major marijuana company that can stay afloat until the pretenders go belly-up. 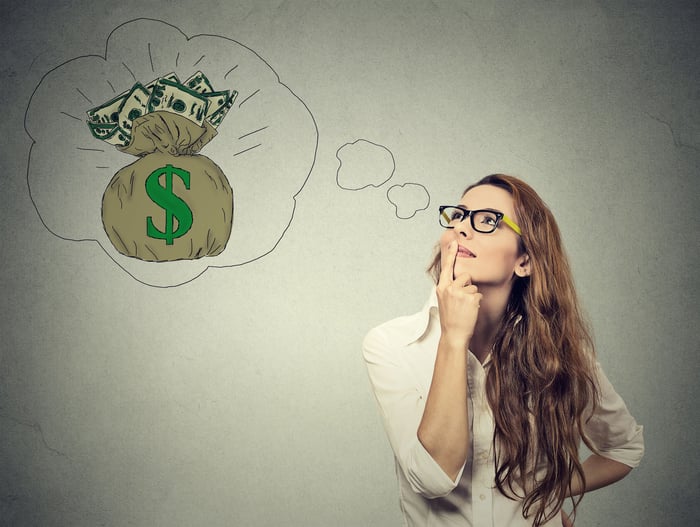 Nowhere to go but up (hopefully)

For a stock to be a millionaire-maker, it should be undervalued at the present. It's hard to buy low and sell high if the shares are already overpriced.

HEXO was trading for less than $0.75 per share last week, so there's certainly a lot of room to grow. Of course, that brings in the delisting concern. If the company doesn't start trading above $1 per share by the end of the year, it can't continue to be listed on the NYSE, and that would certainly further depress the stock's price.

The company is still losing money, but it's also cut down on those losses. Its reported net loss in the third quarter was CA$19.5 million, a real improvement over the CA$275 million it dropped in the second quarter.

Lack of cash is still a concern. In the third-quarter report, which presented the company's finances through April 30, HEXO says it has enough to last through next April.

One way the company is dealing with that is by selling more stock, which it did this month. It also sold its Niagara, Ontario, facility, for CA$10.25 million. The money will be used to improve the Belleville, Ontario, plant and to fund other company operations.

The regulations and excise taxes involved in selling recreational marijuana in Canada have made it hard for legal entities such as HEXO to compete with black-market pot dealers. The company made a smart move last fall when it launched its low-priced brand, Original Stash, which sells for less than CA$5 a gram, even as low as CA$3.19 per gram (before excise taxes) at times.

"Our aim with Original Stash is to disrupt the illicit market, educate consumers about the value of a regulated and tested product, and drive them to purchase their cannabis legally," said HEXO CEO Sebastien St-Louis in a release. "We're now competing directly with the illicit market and providing consumers with an affordable, controlled, quality product."

The lower-priced Original Stash brand also helps against HEXO's legal competitors. It introduces more consumers to HEXO, opening up a way to sell the company's higher-end brands, such as Up, HEXO Plus, and its namesake HEXO offerings. And it a gives the company a price point that allows it to be more of an impulse buy -- that's a good way to drive sales.

Last month, HEXO got its sales license from Health Canada to operate its cannabis production plant in Belleville, Ontario. HEXO says the 2-million-square-foot plant can produce more than 150,000 kilograms of product per year.

Do I still think HEXO is a huge gamble? Of course. Don't bet your kids' tuition fund on this stock.

However, that risk is what makes it a potential millionaire-maker. It's not unrealistic imagine that shares may trade for 10 times what they are now, as they did in April 2019.

HEXO is making a play to extend its brand. If it works, the move will make a lot of people money.