Investors are excited about the company advancing its Alzheimer's disease vaccine, but caution is warranted.

Shares of AC Immune (ACIU 3.77%) are up 26% at 2:23 p.m. EDT after the biotech revealed top-line results from an early-stage clinical trial testing its Alzheimer's disease vaccine, ACI-35.030, which AC Immune is developing with Johnson & Johnson (JNJ 0.88%). Based on the results, the companies plan to test a higher dose of the vaccine in the phase 1b/2a study.

The press release was light on the details, only disclosing that AC Immune and Johnson & Johnson had seen "encouraging interim safety, tolerability and immunogenicity results from the initial dosing group."

Safety and tolerability are what you'd expect to see at the lowest level of a dose-escalation study like the companies are running. "Immunogenicity" likely refers to the ability of ACI-35.030 to spur the development of antibodies against phospho-Tau, a protein implicated in the development of Alzheimer's disease. There was no disclosure on whether the vaccine was able to improve cognition, which is what patients and their caregivers ultimately care about.

The clinical trial is scheduled to enroll 24 patients split among three dose levels of ACI-35.030 and a fourth group who will receive placebo. Assuming all four groups have the same number of patients, the "encouraging" data is likely based on just six patients. 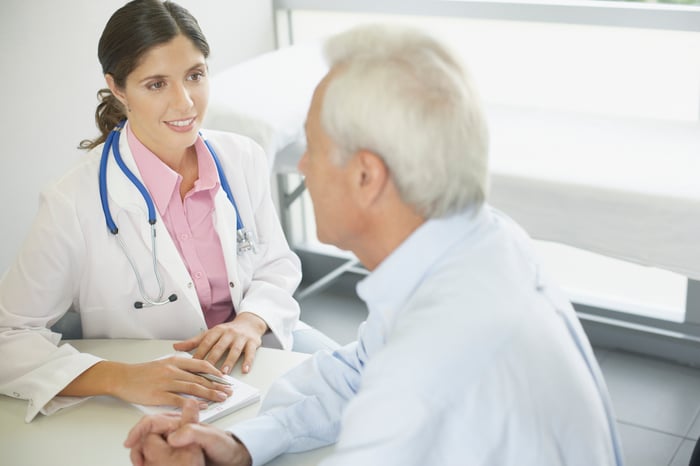 AC Immune has a pipeline full of drugs to treat Alzheimer's disease, and arguably only one needs to be a hit to generate multibillion dollars in revenue per year. But considering the insanely low success rate for previous Alzheimer's disease vaccines, buying shares feels akin to buying a lottery ticket.

The advancement to the middle dose of ACI-35.030 is certainly encouraging, but it's hard to see how the disclosure justifies a 26% increase in the stock price without investors being able to see the full data.