Major benchmarks clawed back some ground from their worst levels.

Thursday morning brought a modest pullback to the stock market as investors weighed the latest economic data. New jobless claims for the week came in worse than many had expected, and that sent markets sharply lower at the beginning of the session. Yet ongoing optimism about the future helped most indexes recover somewhat from their worst levels. Just after 11 a.m. EDT, the Dow Jones Industrial Average (^DJI -0.38%) was down 85 points to 26,785. The S&P 500 (^GSPC -1.03%) was off 23 points at 3,204, and the Nasdaq Composite (^IXIC -1.59%) had given up 175 points to 10,375.

Earnings season has begun in earnest, and Bank of America (BAC 0.83%) was the latest major financial institution to talk about its results for the recently ended quarter. But first, Twitter (TWTR) made news for an entirely different reason, as a cyberattack revealed an embarrassing vulnerability within the platform that could hurt its reputation.

Shares of Twitter were down 2% late Thursday morning after having been down as much 5% earlier. The social media service suffered a major cyberattack late Wednesday, and the way in which it happened has put its management on the hot seat. 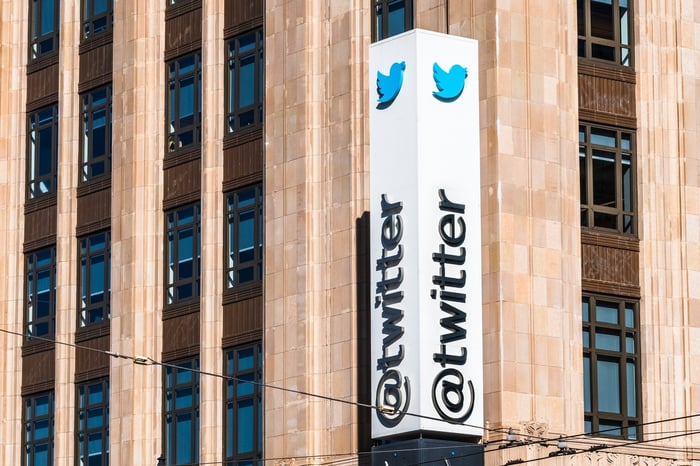 Hackers successfully broke into the Twitter accounts of many of the service's most-followed users. Top politicians, corporate leaders, celebrities, and other influencers all fell prey to what's now being called the "blue check" hack, which reportedly involved the use of administrator tools that should have been off-limits to those outside the company. Under the hack, the hijacked accounts posted messages urging readers to send bitcoin to a certain account in exchange for receiving more bitcoin back.

The incident raises serious questions about the effectiveness of Twitter's data security. In particular, with the U.S. presidential election coming in less than four months, the fact that so many high-level politicians had their accounts breached has some political commentators worried about what other havoc hackers could wreak if they break into candidates' and officials' social media accounts.

Twitter is looking into how the attack happened, but it doesn't have any answers yet. It'll need to act soon in order to prevent potential long-term damage to its reputation -- especially as it seeks new ways to monetize its service.

Bank of America deals with the coronavirus recession

Elsewhere, shares of Bank of America sank more than 2%. The major bank released second-quarter earnings results that were largely in line with those that its big-bank peers delivered earlier in the week.

Bank of America's net income fell by half from year-ago levels, weighing in at $3.5 billion. A big chunk of the decrease was due to another big boost in its credit-loss provisioning, which came in at $5.1 billion, aided in large part by a $4 billion buildup in the bank's reserves. Revenue was down 3% year over year on an 11% drop in net interest income, which stemmed from the reduction in interest rates across the economy.

There was good news as well. Non-interest income jumped 5% as Bank of America's capital markets business did well. Deposits were up 21% to $1.7 trillion, and the bank improved its tier 1 common equity ratio to 11.4%. That's well above the 9.5% standard, showing that the bank has a healthy balance sheet.

The big question for investors in bank stocks is whether the coming surge in credit defaults will be better or worse than financial institutions currently anticipate, and whether the amounts they're reserving against those losses will be sufficient to cover them. If things turn out better than expected, then the big share price drops that those banks have experienced could quickly reverse.

A Mixed Day for Financial Stocks Has Investors Hopeful Yet Concerned

Mixed Stock Markets Leave NIO Charging Up, B of A Powering Down
413%