Please ensure Javascript is enabled for purposes of website accessibility
Log In Help Join The Motley Fool
Free Article Join Over 1 Million Premium Members And Get More In-Depth Stock Guidance and Research
By Katie Brockman – Jul 16, 2020 at 6:30AM

A second stimulus check is still a possibility, and Americans have differing opinions about how much it's needed.

The number of coronavirus cases has skyrocketed over the last couple of weeks, and the U.S. is seeing record-high numbers of new infections, according to data from the Centers for Disease Contol and Prevention. In just the first week of July, the country has seen more new cases each day than it did back in April during the peak of the pandemic.

This suggests that we're already experiencing worsening of the first wave of COVID-19 even before a second wave hits. More coronavirus cases could spell disaster for unemployed Americans looking for work, as well as those who are worried their jobs may be at risk if there's another round of layoffs.

For millions of Americans, a second stimulus check is a glimmer of hope during these difficult times. But there are a lot of different expectations surrounding stimulus checks, and there's no guarantee we'll even see a second round of payments at all. 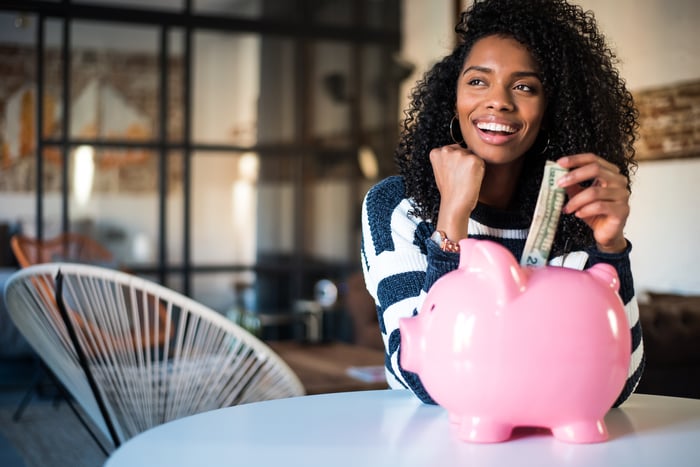 What Americans want out of stimulus checks

Whether you're banking on another check to pay your bills or just want to pad your emergency fund to get through this recession, a second stimulus payment could go a long way right now.

Nearly half (42%) of Americans say a second stimulus check is necessary to cover their basic expenses, according to a recent survey from Money and Morning Consult, while 32% say the money isn't necessary but would be helpful to pay the bills. Another 14% agree that it's not necessary but could help pay for non-essential costs, while 11% say they don't need another stimulus check at all.

There's no one-size-fits-all approach to stimulus checks because everyone has different financial needs. While some people can easily go without another payment, others may need a significant amount of cash just to make ends meet.

Because it's challenging to find a solution that will benefit everyone, Congress is in a heated debate about what a future stimulus bill will look like and whether there will even be another check.

Second stimulus checks: What are our options?

The House of Representatives recently passed the HEROES Act, which included a second round of stimulus checks. In this bill, households could collect up to $6,000 in stimulus payments -- up to $1,200 for two adults, and $1,200 for up to three dependents.

However, Senate Republicans have already voiced their disapproval of the HEROES Act, partly because of its cost. The bill could cost approximately $3 trillion, making it costlier than the $2 trillion CARES Act. Senate Majority Leader Mitch McConnell has stated that any future stimulus package will be smaller than the CARES Act, so the HEROES Act could already be dead on arrival.

However, there are other options in the works. Sen. McConnell also stated recently that if there is another round of stimulus checks, they may be targeted to those earning less than $40,000 per year because those are the people who have been hit hardest financially. Those remarks have led many people to speculate that the next stimulus check will have an income limit of $40,000 per year rather than $99,000 per year, the income limit under the CARES Act.

There's also a chance that Congress will forego stimulus checks altogether and take a different approach. For example, the Reopening America by Supporting Workers and Businesses Act of 2020 proposes giving those who return to work a $1,200 hiring bonus. There are advantages and disadvantages to this option. If the second wave of COVID-19 forces businesses to close their doors, it could affect the probability of this proposal passing in Congress.

When we can expect to see second stimulus checks

The Senate is expected to continue negotiations after its July recess. Congress likely won't pass anything until late July or even August. That timeline could change, depending on what happens with COVID-19 between now and then. Nobody knows exactly what will happen, but if you're hoping for a second stimulus check, it's still on the table.