The utility, which recently emerged from Chapter 11 after a restructuring, has now been deemed responsible for the 2019 Kincaid fire.

California investigators have found utility PG&E (PCG -0.51%) responsible for starting the Kincaid wildfire in Sonoma County in October 2019. The fire burned 77,800 acres and destroyed 374 structures, including 174 homes, though there were no fatalities.

State investigators have officially determined the cause of the fire to be a PG&E transmission line, according to The Wall Street Journal. The utility has previously pleaded guilty to manslaughter for deaths related to the Camp Fire in 2018, which killed 84 people and destroyed the town of Paradise, California. 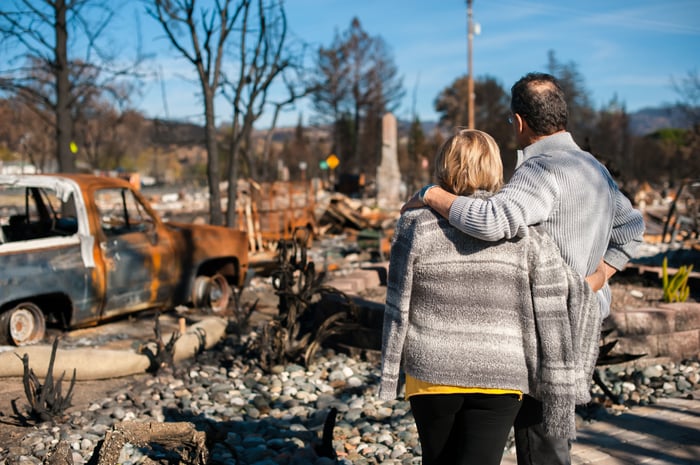 After the devastating fire seasons of 2017 and 2018, the company began shutting off power to its customers as a preventative measure in risky weather conditions. It decided not to power down the transmission line that started the Kincaid fire.

Last year, the company said its power line likely caused the Kincaid fire, according to the Journal report. At the time, the company was shutting down its lower-capacity 115-kilovolt lines. The line deemed to have started the fire is a 230-kilovolt line.

"We want our customers and communities to know that safety is our most important responsibility and that we are working hard every day to reduce wildfire risk throughout our service area," the company said.

The utility said it could be liable for at least $600 million due to the finding of responsibility. It emerged from Chapter 11 in time to qualify for a new multibillion-dollar wildfire fund the state created to help stabilize its utilities. PG&E could seek to use that to help cover the latest costs.