The Nasdaq led the broader market on Monday.

The Nasdaq Composite (^IXIC 0.97%) has been the big winner in the stock market in 2020, easily outpacing the performance of its rival benchmarks. However, on Tuesday at least, the Nasdaq took a break. Both the Composite and the Nasdaq-100 Index were down around 1%, missing out on gains in other indexes like the Dow Jones Industrials and the Russell 2000.

One of the biggest weights pulling down the Nasdaq on Tuesday was Tesla (TSLA 3.19%), which saw another huge potential transfer of wealth to its illustrious chief executive officer. On the positive side, though, truck-maker PACCAR (PCAR -0.20%) was one of the best performers among top stocks on the Nasdaq after reporting solid earnings.

Another big bonus for Tesla's Musk

Tesla stock fell 4% on Tuesday, giving back some of its gains from Monday's big rise. There were a couple of factors that might have weighed on the electric-vehicle manufacturer's shares, and one in particular reminded shareholders of a huge incentive package they agreed to in order to keep CEO Elon Musk motivated.

Some stock analysts are looking closely at Tesla as it prepares to release its second-quarter financial results on Wednesday, and their views were mixed, at best. One downgraded Tesla from outperform to market perform, with a main argument that Tesla's share price is now high enough to account for any likely good news. Another analyst questioned whether discounted Teslas might be hurting the company's growth prospects in China.

Yet the big news item came as Tesla's average market capitalization over the past six months hit $150 billion. That makes Musk eligible to receive the second of 10 potential options awards under his compensation arrangement with Tesla. The CEO will now be able to buy another 1.69 million shares at just over $350 per share, giving him an immediate paper profit of more than $2 billion. That represents additional dilution for existing shareholders.

With Tesla's market capitalization moving above $300 billion recently, it's entirely possible that Musk could qualify for two or three additional tranches of his compensation windfall in short order if the company also reaches related operational thresholds. That's good news for Musk, but it only eats into the rewards that ordinary shareholders will get from holding Tesla stock. 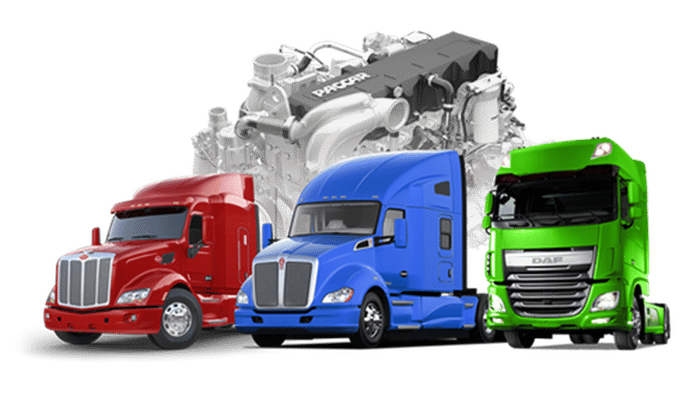 Meanwhile, in the conventional-vehicle industry, PACCAR saw its stock rise 5%. The commercial-truck specialist reported second-quarter financial results that more than satisfied its shareholders.

To be clear, PACCAR definitely felt the brunt of the COVID-19 pandemic. Net income plunged by more than 75% from year-ago levels, and revenue was down by more than half year over year. Yet investors had expected that and more, and PACCAR's performance held up better than most had anticipated.

PACCAR also seems optimistic about its future. Conditions for the truck maker improved steadily throughout the quarter, and the company has ample liquidity, including more than $4 billion in cash and marketable securities and $3 billion in available bank financing. Dividend investors were also pleased that PACCAR continued to make its normal quarterly payout.

The global market for commercial trucks will still face uncertainties, but lower fuel costs are helping buyers add to their fleets. If the economy is truly moving forward toward a full recovery, PACCAR stands to benefit by delivering the trucks that its customers want.

Tesla Falls Again, but This Nasdaq Stock Is Truly Plunging
395%