Hear Wolfpack howl: MicroVision is not worth $1 billion.

Shares of scanning technology maker MicroVision (MVIS -7.31%) have had an enormous run these past three months, more than octupling in value (i.e., an eightfold increase), apparently on rumors that someone (Microsoft?) might be interested in buying the company.

But one analyst says that's bunk, and in a note today, MicroVision stock is giving back 9.6% of its gains (as of 2:25 p.m. EDT) on worries that the buyout may be bunk. 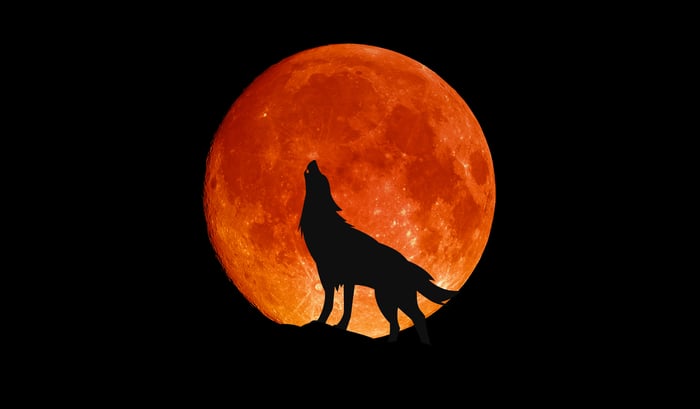 If you're looking for someone to blame for today's sell-off, Wolfpack Research is a good place to start. This morning, analysts at the firm warned that "the buyout rumors that have fueled [MicroVision's] 1,000% run over the last 3 months have absolutely no basis in reality."

"We have seen $MVIS bulls on Twitter dreaming of a $1 billion buyout 'coming soon,'" continued Wolfpack, but this hope is quite simply "ridiculous," it says. MicroVision only sells for a hair over $330 million today, after all. Given the suggested upside, that may make MicroVision sound like a safe stock. However, as it's unprofitable and has very little revenue to its name (about $8.5 million over the past year), it's unlikely that anyone will, in fact, ante up anywhere near the $1 billion rumored.

To the contrary, Wolfpack believes that it's more likely MicroVision shares will go back down than continue higher. With no profits, more than $22 million in negative free cash flow, and barely $2 million in cash left in its coffers, "insolvency looms" for MicroVision, warns the analyst. Investors are at risk of suffering "near-term downside of at least 90%," it states.

Now, mind you, Wolfpack isn't saying all this out of the goodness of its heart. Although the analyst says its objective is to prevent "more retail investors [from being] sucked into this ridiculous story," Wolfpack itself stands to profit handsomely if MicroVision shares decline in price because, as the analyst admits, Wolfpack is "short the stock" (says TheFly.com).

Don't confuse motivation with misinformation, however. Whatever Wolfpack's reasons for howling about MicroVision, the company's numbers are what they are -- and what they are is not good at all.