The stock of Apple (NASDAQ:AAPL) device management software provider Jamf (NASDAQ:JAMF) surged out of the gate on its first day as a public company on Wednesday, soaring as much as 91% (not a typo) in the minutes after it began trading on the Nasdaq stock exchange.

The shares, which were priced at $26, opened trading just before noon Wednesday at $46 per share before quickly and climbing to over $49 in early trading. As of this writing, shares are trading at $39.76, up about 52%. 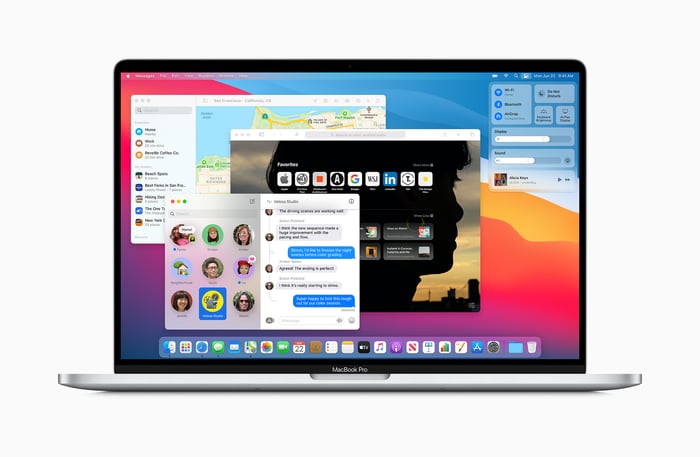 Demand for the shares was much higher than originally expected. Jamf announced last week that it planned to offer 16 million shares with an anticipated price of between $17 and $19 per share.

Late Tuesday, the company amended the S-1 it filed with the Securities and Exchange Commission (SEC), pricing its stock at $26, a whopping 37% above the high end of its original range. Jamf also increased the allotment of shares that would be available for sale, increasing its offering to 18 million shares, up from the previous level of 16 million. The underwriters still had the option to purchase an additional 2.7 million shares at the IPO price.

The newly minted company didn't receive all the money from the shares that were sold today. Vista Equity Partners, which owns a majority stake in Jamf, received proceeds from the sale of 4.5 million shares, while Jamf sold another 13.5 million.

In its pre-IPO regulatory filings, Jamf reported revenue of $204 million, up 39% year over year. The performance of recurring subscription revenue was even better, with sales up 59% year over year to $159 million. Jamf reported a net loss of $32.6 million for the period, shrinking its losses by 10% compared to 2018.