Many investors consider dividend stocks an important part of any well-rounded portfolio. And while there is no shortage of such stocks on the market, they aren't all created equal. After all, most companies aren't legally obligated to reward shareholders by way of dividends, and given that we are currently in a recession, many have already slashed or suspended their dividend payments. Fortunately, there are still some dividend stocks worth buying, and AbbVie (NYSE:ABBV) is one of them. Here's why the pharma giant is a great dividend stock.

AbbVie made its debut on the stock market in 2013 when it split from its former parent company, Abbott Laboratories. When we include the time AbbVie spent as a division of Abbott, the company has raised its dividends for 47 consecutive years, making the drugmaker a Dividend Aristocrat. This select group refers to companies in the S&P 500 that have raised their dividend payouts for at least 25 consecutive years. 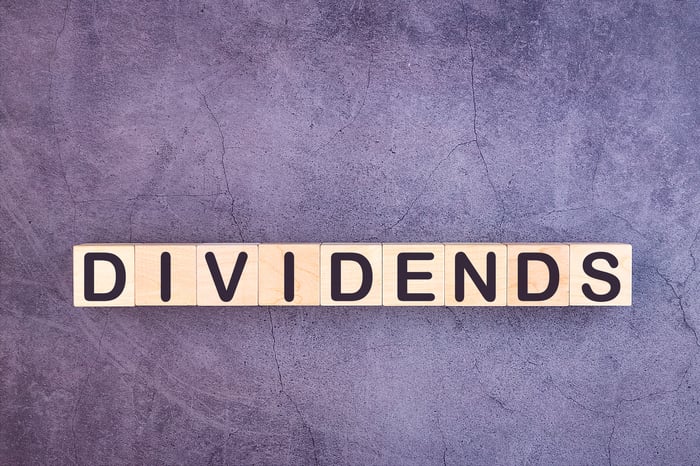 In other words, AbbVie, like other companies in this elite class, is unlikely to suspend its dividends anytime soon, at least if history is any guide. Also, AbbVie currently offers a dividend yield of 4.6%, compared with about 2% for the S&P 500, and the company sports a cash payout ratio of 48.3%. This reasonable payout ratio gives the company plenty of room to sustain dividend increases.

Even though AbbVie boasts a stellar dividend history, a high dividend yield, and a reasonable payout ratio, it is critical to ensure that the company can continue growing its revenue and earnings at a good clip before adding it to your dividend portfolio. And while detractors may point to declining sales of Humira, the company's biggest cash cow, sales of this blockbuster drug are still growing in the U.S., which is helping it recoup some of its losses in international markets.

During the first quarter, the rheumatoid arthritis treatment generated $3.7 billion in revenue domestically, a 13.7% year-over-year increase. Furthermore, the pharma giant has a robust lineup (beyond Humira) that will allow it to continue generating solid financial results. For instance, there's Venclexta and Imbruvica, two cancer drugs whose combined worldwide sales of $1.5 billion during the first quarter increased by about 32% year over year. Overall, the company reported a revenue figure of $8.6 billion during the quarter, a 10.1% increase compared to the prior-year quarter.

AbbVie's earnings per share came in at $2.02, compared with the $1.65 recorded during the first quarter of the previous fiscal year. And let's not forget about AbbVie's acquisition of Allergan, a transaction that closed in May. AbbVie successfully decreased its top-line exposure to Humira thanks to this deal. In particular, the company got its hands on Allergan's Botox, which generates well over a billion dollars in revenue per year.

It is worth noting that AbbVie's acquisition of Allergan significantly increased its debt level. At the end of the first quarter, the company had more than $80 billion in long-term liabilities. However, AbbVie's CEO, Richard Gonzalez, had this to stay during the company's first-quarter earnings conference call: "We remain confident that the AbbVie/Allergan combination will generate significant cash flows, which will support our strong and growing dividend and rapid debt repayment, and we remain highly committed to both of those priorities." That's why AbbVie's debt load shouldn't be a deal-breaker for investors, in my view.

Overall, AbbVie fits all the criteria of a great dividend stock: A high yield, a low payout ratio, and the ability to raise its dividend payouts along with its revenue and profits. Income-seeking investors can't go wrong with this pharma stock.

Is AbbVie a Great Dividend Stock? @themotleyfool #stocks $ABBV $ABT Next Article
Current