On Wednesday, Jazz Pharmaceuticals' (NASDAQ:JAZZ) Xywav won Food and Drug Administration approval as a treatment for people with narcolepsy. The drug has been found to reduce cataplexy -- a sudden loss of muscle tone -- and excessive daytime sleepiness associated with the condition.

The approval is important because Xywav was formulated to contain 92% less sodium than Jazz Pharmaceuticals' older narcolepsy treatment, Xyrem -- the current standard of care in this indication. A low-sodium diet is recommended by the American Heart Association because high-sodium diets can contribute to cardiovascular disease. 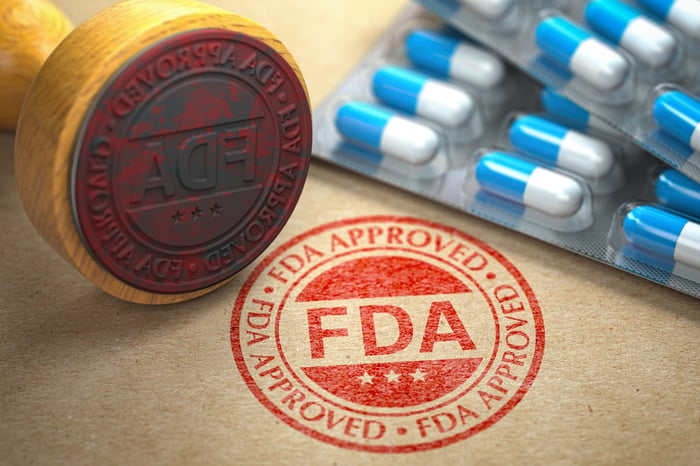 Like Xyrem, Xywav will only be available to patients who have undergone a Risk Evaluation and Mitigation Strategy (REMS); the program for that is expected to be in place by the end of this year. The labels for both drugs carry a "black box" warning regarding the risk of potential misuse because of their impacts on the central nervous system.

If Xywav displaces Xyrem as the standard of care, it could insulate the biotech company's revenue against the threat of generic versions of Xyrem. London-headquartered Hikma Pharmaceuticals is slated to begin marketing the first generic Xyrem in 2023 under a previously announced agreement with Jazz Pharmaceuticals.

Xyrem sales were $407.9 million in the first quarter, up 10.8% year over year, and accounted for 76% of Jazz Pharmaceuticals total revenue. The company's second-quarter results are scheduled to be released on Aug. 4.