COVID-19 diagnostics are currently supporting the growth of pharmaceutical multinational Roche (OTC:RHHBY), which published its results for the first half of 2020. 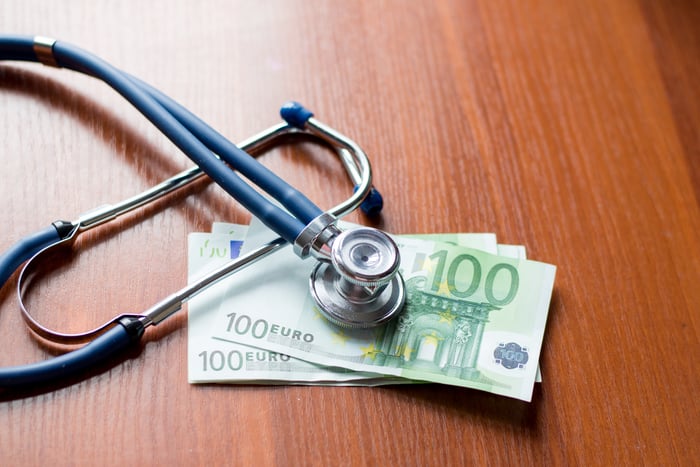 Roche's line of COVID-19 testing products sold briskly during the period for obvious reasons. Within its diagnostics division, the molecular diagnostics business -- under which COVID-19 goods fall -- saw a 61% year-over-year sales increase. This greatly helped lift the overall growth of the diagnostics unit to 3%.

The company said in its earnings release that it "has significantly increased production" of COVID-19 diagnostics products for worldwide consumption. It did not provide specific figures, however.

Roche's much larger pharmaceuticals division saw only a 1% rise in sales from January to June, with a 4% drop on the U.S. market mitigating a 5% increase in its native Europe. The latter benefited from robust demand for a raft of its medications, while the success of biosimilars continued to hit stateside sales of top drugs like cancer treatment Avastin.

In its earnings release, Roche reiterated its guidance for the entirety of 2020. It believes total sales will increase by low- to mid-single-digit percentages, with core earnings per share more or less increasing commensurately. The company also said it would increase its dividend, although details were not provided.

Investors didn't seem impressed by any of this. On Thursday, they bid the company's shares down by 5.2%, a steeper fall than that recorded by the major stock indexes on the day.