Please ensure Javascript is enabled for purposes of website accessibility
Log In Help Join The Motley Fool
Free Article Join Over 1 Million Premium Members And Get More In-Depth Stock Guidance and Research
By Jeremy Bowman - Jul 24, 2020 at 9:25AM

Ahead of Bezos' testimony on Capitol Hill, a new report details further alleged antitrust abuses by the tech giant.

The coronavirus pandemic has made it clear that we're living in a unique era of market concentration.

Of all the Big Five tech firms, Amazon seems the most vulnerable to antitrust suits and even a potential breakup. By design, the company's business knows no bounds. It pushes aggressively into emerging industries and technologies, often leveraging its strength in e-commerce, where it controls nearly half of the market, and cloud computing, where it's a leader in infrastructure.

Amazon has suffered attacks from politicians like Sen. Elizabeth Warren, who has accused the company of copying hit products from its marketplace sellers and strong-arming competitors like Diapers.com into selling themselves to Amazon. Others have called for the separation of Amazon's e-commerce business from Amazon Web Services, its cloud computing juggernaut.

While antitrust concerns were already building against Amazon in an era when brick-and-mortar retailers are being crushed by the coronavirus crisis , a new report in The Wall Street Journal offers some of the most damning criticism yet of the company. 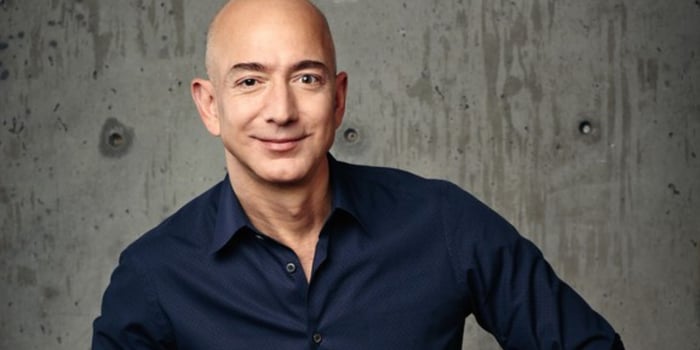 Nice business you got there

According to the report, at least two dozen entrepreneurs took investments from Amazon's venture-capital arm, the Alexa Fund. They said Amazon used the information gleaned from the investing process to launch competing products.

Amazon denied the criticisms, saying in a number of cases it had already told these entrepreneurs that it was launching a similar product at the time of the investment, or that the company's own innovation did not use proprietary information.

In one such example, a company called Ubi created a device that had much of the same functionality as the Amazon Echo now does -- only before the Echo existed, in 2012. Ubi creator Leor Grebler held several meetings with Amazon, hoping that the company would be acquired by the tech giant or that it would license the technology. The conversations were bound by nondisclosure agreements. Amazon terminated the talks and ultimately launched Echo in 2015. In the months following, Ubi's business was hit hard, and the company lacked the funds to sue the tech behemoth. Amazon claimed that it notified Ubi from the start of its discussion that it was developing the Echo -- but if that's the case, what would be the purpose of investing in a competing product?

The complaints mirror those from Amazon sellers who have accused the company of launching competing products after seeing a hot seller on the site, generally undercutting the seller on price. It also bullies marketplace sellers by giving Amazon-branded products search priority in its listings, something Google has been accused of as well.

The accusations in the Journal come shortly after Amazon employees staged virtual walkouts over the company's firing of warehouse workers who protested labor conditions. It also led to the resignation of one high-profile engineer, VP Tim Bray, who has now turned his attention to taming his former employer, calling for the separation of AWS from the e-commerce business, unionizing its workforce, and accusing it of antitrust violations.

How next week could play out

Bezos is likely to face some questions on the issues above on Monday, especially the competition with its own sellers and the companies it's invested in. However, Bezos and his company have a long history of pushing back on such attacks. We'll likely see a similar back-and-forth play out in Congress. In fact, the company foreshadowed what could be one line of reasoning from Bezos. In a blog post earlier this week, the company touted the success of small businesses on its marketplace, saying that it's invested more than $30 billion in fostering the growth of SMBs (small- and medium-sized businesses) and that the average SMB's sales on its platform increased 60% to $160,000 last year.

Bezos even pushed back on monopoly accusations by calling Amazon small in his shareholder letter last year, saying, "Amazon today remains a small player in global retail. We represent a low single-digit percentage of the retail market, and there are much larger retailers in every country where we operate."

The company has a history of accepting criticism and changing its business. It raised its minimum wage to $15/hour after censure from Sen. Bernie Sanders. It adopted a "climate pledge" in response to claims that it was a major contributor to climate change. It's possible Amazon could adapt its business in the face of some of the critiques, but the company will only do that if adapting is in its interests, and if it can use that adaptation to promote itself positively.

Amazon could ultimately end up paying fines in the multibillion-dollar range, as it's already facing antitrust charges in Europe. Google and Facebook have both recently paid billions in fines across the pond. A breakup could be further down the road, and the issue is likely to receive increased attention if Joe Biden is elected president.

Whatever happens, investors will want to pay attention when Bezos testifies next week. If Amazon's stunning growth ever comes to an end, there's a good chance that the U.S. government will at least be partly involved.