Please ensure Javascript is enabled for purposes of website accessibility
Log In Help Join The Motley Fool
Free Article Join Over 1 Million Premium Members And Get More In-Depth Stock Guidance and Research
By Daniel Foelber – Jul 24, 2020 at 8:15AM

Here's how Equinor plans to reinvent itself over the next 5 years.

Equinor ASA (EQNR -0.20%) changed its name from Statoil in May 2018 because it wanted to become a broad-based energy company. But Equinor isn't simply "greenwashing" -- it means business.

Here's what Equinor's business might look like in five years, and why it's more renewable than you think. 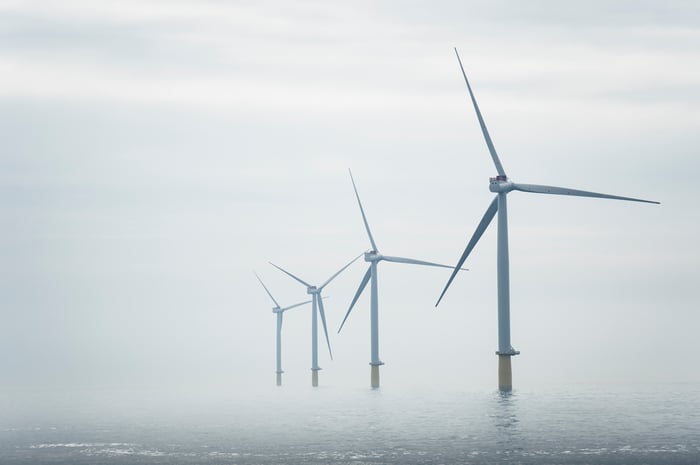 Equinor is Norway's state-owned integrated oil and gas giant, with the government of Norway owning two-thirds of the total shares and Norway's pension fund owning another 3%.

In line with Norway's seafaring history, Equinor specializes in offshore oil and gas production as one of the largest offshore operators in the world. According to Equinor, the company is "the largest operator on the Norwegian continental shelf and the second-largest gas exporter to Europe."

The Norwegian continental shelf, known as the NCS, is one of the prime drilling locations in the mostly UK/ Norway-owned North Sea. But the North Sea is also a mature oilfield, and its spoils won't last forever. In fact, many of the high margin reserves in the North Sea have already been produced, leaving the field with an average breakeven price per barrel that is generally higher than competing offshore and onshore investments.

Since the NCS is Equinor's specialty, the company has done everything it can to lower its breakeven cost per barrel. Its Johan Castberg field, for example, has reduced its breakeven from $80 per barrel down to the current $35 per barrel. Equinor thinks that it can lower its entire portfolio to a breakeven of $27 per barrel, but even with that decrease, the company estimates that the NCS might only be profitable until 2030.

As for now, the company controls 70% of Norway's oil and gas production. First-quarter 2020 oil production was a record 2.2 million barrels of oil equivalent per day (boepd), but the company plans on cutting liquids production by 250,000 barrels per day (BPD) in June and 134,000 BPD the second half of 2020. In addition to suspending its share buyback program, Equinor also reduced its dividend by two-thirds from $0.27 in the fourth quarter 2019 to $0.09 for the first quarter 2020.

The next five years will mark a pivotal change for Equinor. The company is targeting aggressive renewables investments, but there's evidence that suggests it could actually hit its goals.

Equinor's renewables segment produced 559 gigawatt-hours in the first quarter 2020, a record for the company. In terms of capital expenditures, Equinor is planning on spending $0.5 billion to $1 billion on renewables in 2020 and 2021 and $2 billion to $3 billion per year in 2022 and 2023. For context, its capital expenditures are expected to be $8.5 billion this year, down from its original estimate of $10 billion to $11 billion. But even with that overall cut, Equinor didn't trim its renewable investment budget. Instead, it made major cuts across its oil and gas investments.

Even though Equinor is mostly an offshore operator, it does have some onshore assets. It's biggest onshore holdings are primarily in the Bakken shale play in North Dakota, and the Marcellus/Utica formation in Appalachia. Its current production of 321,000 boepd represents a decent amount of its portfolio, but the company recently announced that it would stop all of its onshore drilling as part of its cost-cutting. The fact that Equinor is cutting oil and gas investments, cutting its dividend, suspending share buybacks, but keeping its renewable investments steady speaks volumes about where it wants its business to go.

Its current cost-cutting looks to be a temporary setback. Average capital expenditures in 2022 and 2023 are expected to rebound to $12 billion. The company said low-carbon and energy efficiency measures, like renewables and carbon capture and storage (CCS), now makeup 25% of its research and development (R&D) budget.

Compared to other oil and gas companies, Equinor's detailed investment into specifically the offshore wind sector is arguably the most purposeful offshore wind strategy of any operator. Considering that Equinor didn't cut its renewable investment budget despite reducing its overall spending, canceling its share buyback program, and slashing its dividend makes the company's focus on offshore wind seem to be the real deal.