Shares of space tourism company Virgin Galactic (NYSE:SPCE) dropped more than 8% in early trading Friday morning, and remained down 2.4% as of 11:45 a.m. EDT. Curiously, though, the news that seems to have sparked the sell-off can be viewed as either good, or bad -- or possibly both -- for Virgin Galactic:

SpaceX's valuation just jumped nearly 50%, and the company is now worth $44 billion. 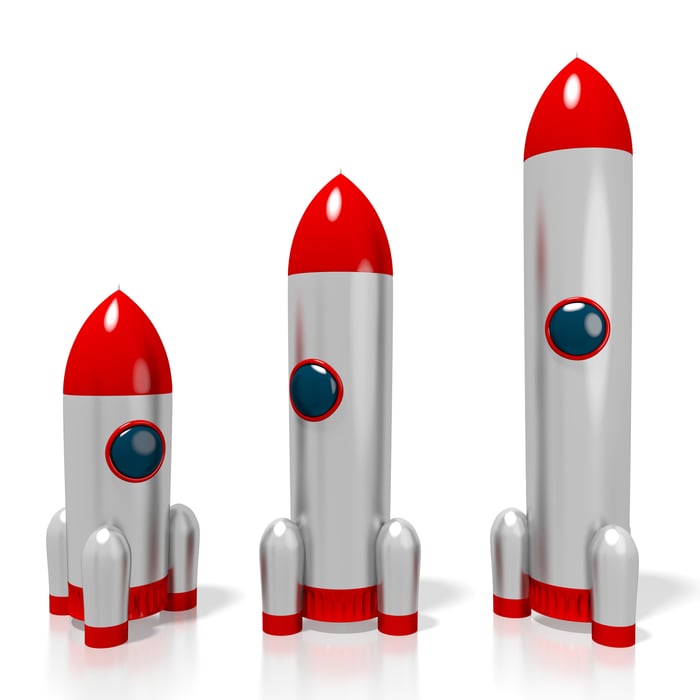 Bloomberg broke the news yesterday, reporting that SpaceX is negotiating a sale of $1 billion worth of stock to investors at $270 per share, and at an implied valuation of $44 billion for the entire company.

When you think about it, that could be good news for Virgin Galactic. Sure, the two companies aren't the same. SpaceX is more of a low-Earth-orbit cargo hauler and occasional taxi-man. Virgin Galactic wants to run suborbital tourist flights through Earth's thermosphere. But if the idea of "space investing" has gotten so popular as to drive up one company's valuation by nearly 50% in the space of a year, doesn't it stand to reason that another space company could also be worth a lot more than it currently costs?

Now consider the converse view. SpaceX and Virgin Galactic are both space companies. They're operating in different sectors of space right now, but Virgin Galactic has voiced hopes of expanding its business into other areas (hypersonic commercial travel for example, and orbital tourism). By the same token, SpaceX has plans to use the new Starship rocket that it's building for things other than just cargo delivery runs to the International Space Station. SpaceX has even made noises about entering into space tourism itself.

Viewed in that light, the more SpaceX is seen to be winning, the more robust a potential competitor to Virgin Galactic it becomes. One day soon, $5.4 billion market-capped Virgin Galactic might have to go toe-to-toe with $44 billion SpaceX in a market they both want to play in, and considering their relative hefts, that fight probably won't go well for Virgin Galactic.

If this is the reason investors are worrying about Virgin Galactic stock today, they may be right to worry.