Please ensure Javascript is enabled for purposes of website accessibility
Log In Help Join The Motley Fool
Free Article Join Over 1 Million Premium Members And Get More In-Depth Stock Guidance and Research
By Rich Smith - Jun 3, 2020 at 7:07AM

But there is another way to own a piece of America's No. 1 space company.

Blasting off from historic Launch pad 39A at Kennedy Space Center in Florida at 3:22 p.m. EDT, SpaceX successfully sent American astronauts into space from American territory for the first time since the Space Shuttle program shut down in 2011.

Ten minutes later, the SpaceX Falcon 9 first stage successfully touched back down on a drone ship in the Atlantic. About 19 hours after that, the SpaceX Crew Dragon spacecraft -- dubbed "Endeavour" after the space shuttle of the same name -- delivered its human cargo, docking safely at the International Space Station (ISS). 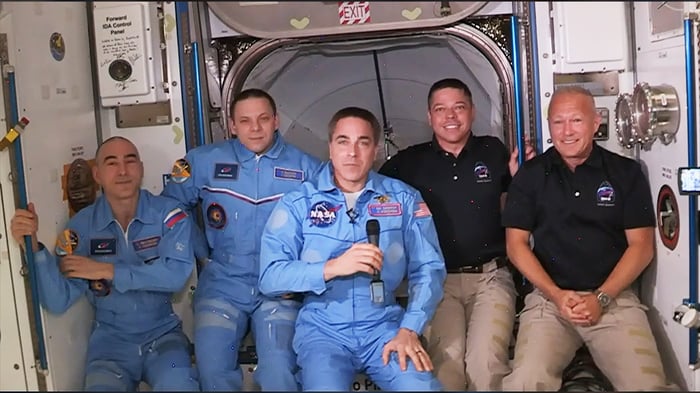 The successful arrival of Endeavour at ISS secures a place in history for SpaceX. For the first time ever, a privately owned and operated company has flown astronauts into orbit. The fact that they did this at an estimated average cost of just $55 million per astronaut, versus the $86 million per astronaut that Roscosmos has been charging us -- or the estimated $1 billion-per-launch cost of the Space Shuttle program -- is both amazing and a strong argument in favor of giving SpaceX more contracts to keep on performing Commercial Crew contracts for NASA.

SpaceX's Endeavour success also opens up new revenue opportunities for the company outside of providing NASA with space taxi service. SpaceX already has a contract with privately held Space Adventures, for example, to fly private citizens -- space tourists -- to orbit Earth on multi-day excursions. Beyond that, privately held Axiom Space has a contract with NASA to host space tourists first aboard ISS, and later in a privately built "space hotel." Because Axiom lacks spaceships to get them there, however, it's logical to assume that they might now contract with SpaceX for that service.

Paired with a Falcon Heavy rocket -- larger than the Falcon 9 that launched Endeavour on its mission -- the SpaceX Crew Dragon spacecraft could even theoretically carry tourists to the moon and back! (Although Elon Musk seems to favor using his next spacecraft, Starship, for moon missions.)

In short, it's hard to overemphasize just how significant Saturday's launch was for SpaceX's future fortunes -- but what does it mean for Boeing (BA -0.63%)?

Sadly for Boeing investors, I fear the news here is not good -- on two fronts.

In regard to human-rated spacecraft, SpaceX has captured what may prove to be an insurmountable lead over its rival. In a little over one year, SpaceX has conducted back-to-back successful demonstrations of the Crew Dragon's reliability. In contrast, Boeing flubbed its first test in December 2019, and probably won't get a chance to redo that (uncrewed) test before October 2020 at the earliest. Then it will probably be more months before Boeing gets a chance to attempt a crewed launch of its own Starliner spacecraft.

By that point, SpaceX will have been flying the Crew Dragon for a full year or more, and racking up contracts and blazing new markets all along the way. 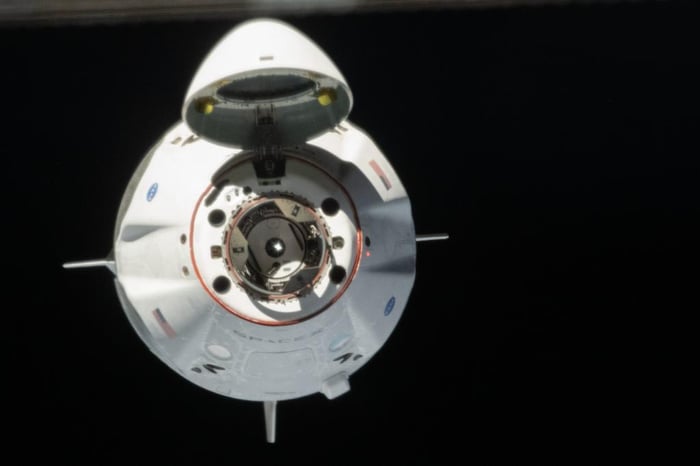 In space launch, meanwhile, SpaceX's Falcon 9 has already proven itself more robust than initially imagined. With a payload to Low Earth Orbit of nearly 23 tons, Falcon 9 (to say nothing of Falcon Heavy) is already roughly twice as powerful as ULA's base Delta IV rocket, and carries nearly the payload of a fully loaded Delta IV Heavy. ULA's new Vulcan Centaur rocket will probably close that gap a bit, but then again the Vulcan Centaur hasn't been built yet -- and by the time it has, SpaceX's Starship may already be flying too, and dwarfing the capabilities of any other rocket on the planet.

Could Boeing catch up? Sure it could! I wouldn't put anything past the company that helped take America to the moon the first time around ... theoretically. But hobbled by a dismal market for airplanes, burning cash, and more than $23 billion in net debt (according to data from S&P Global Market Intelligence), Boeing certainly has its work cut out for it.

For the foreseeable future, I see SpaceX as the company to beat in space.

(Oh, and before I forget, even though you cannot invest in SpaceX directly, there is one way to invest in it indirectly. This way.)