Please ensure Javascript is enabled for purposes of website accessibility
Log In Help Join The Motley Fool
Free Article Join Over 1 Million Premium Members And Get More In-Depth Stock Guidance and Research
By David Jagielski - Jul 26, 2020 at 8:45AM

Turning a profit needs to be a top priority for the company.

Aurora Cannabis (ACB -1.32%) is working hard to tighten up its operations and bring down expenses in an effort to reduce its cash burn while also getting closer to breakeven. On July 20, investors learned that the company would again be laying off staff -- this time from its European operations. In addition to laying off one-quarter of its staff in certain countries, Aurora will also eliminate its regional office in Europe.

However, a better move for the company would be to simply close up shop in Europe and other international markets entirely, and here's why.

The markets outside North America are too small

Europe's one of the more appealing pot markets outside of North America, but unfortunately, that's not saying a whole lot. In 2019, the entire European cannabis market was worth just $260 million. 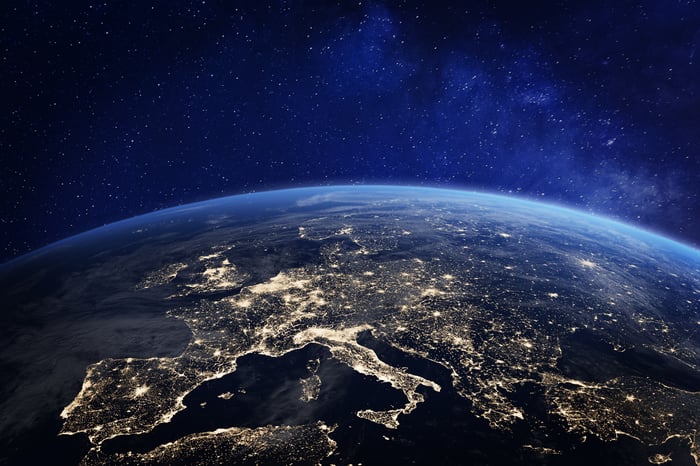 By comparison, in Canada's first year with the recreational market open for business, sales totaled 908 million Canadian dollars ($677 million USD), and that was with many bumps along the way. In April 2019, research company BDS Analytics projected that the Canadian market would be worth $5.2 billion in 2024.

And while it may take years before marijuana is legal across the U.S., it's likely well worth the wait. From January through to May of this year, the state of Colorado alone generated more than $779 million in marijuana sales. Retail cannabis sales (both medical and recreational) for the U.S. are on track to hit $15 billion this year, a 40% increase from a year ago, and they could hit $37 billion in 2024.

For Aurora investors, the temptation is to look at the potential value of where the European market will be years from now, but the reality is that no one can be certain how things will play out. One forecast by research company Prohibition Partners in 2018 projected that the European cannabis market will soar to a value of 115.7 billion euros ($135 billion USD) by 2028. But a big caveat is that that estimate assumes there will be widespread legalization in Europe over the next eight years, which is far from a guarantee.

While countries are moving toward legalizing cannabis for medical use, let's not forget that recreational use is still only legal in Canada and Uruguay. It's hard enough forecasting the pot market for one country, let alone 28, especially so far in advance.

Prohibition also estimates that in Oceania, the cannabis market will reach a market size of $1.55 billion by 2024.

Aurora should take a different approach

Aurora's been focused on international expansion for a while now, and it's made the stock one of the worst cannabis investments out there. In just one year, its stock has lost more than 86% of its value, while the Horizons Marijuana Life Sciences ETF (HMLSF 8.79%) is down 58% over the same period.

The Alberta-based pot producer's playing the long game, but if it doesn't strengthen its financial position soon, it may not be around to see other markets around the globe reach their potential. In each of its past 10 quarters, Aurora's been unable to generate positive cash flow from its day-to-day operating activities, and it's had to issue both debt and equity to keep the cash coming in.

That's why, instead of being overaggressive and expanding into any market that it can find, Aurora may want to take a page out of Trulieve Cannabis's (TCNNF 4.88%) book and opt for a more conservative growth strategy. The Florida-based company's focused on dominating its home market, where it has more than 50 dispensaries throughout the state. That's helped Trulieve record profits in seven straight quarters, and it's been one of the better pot stocks to buy, with its share price up 55% in 12 months.

By abandoning Europe and other international markets, Aurora can trim lots of overhead associated with its operations abroad and come closer to breakeven while focusing on its domestic operations. The cannabis company needs to take more drastic measures to improve its bottom line, and that means taking a heavier-handed approach to cost-cutting. By completely pulling out of markets rather than laying off staff, it can do just that.

Until it makes drastic changes, Aurora will remain a risky buy

Aurora's reported a net loss in five of its past six quarters. The company needs to make bigger moves to strengthen its financials, and until that happens, it's just too risky of an investment.

Although the stock may appear to be a cheap buy, trading at below its book value and a price-to-sales multiple of about 5, that's because many investors have lost hope in Aurora and are too tired of its disappointing results to pay any sort of premium for the shares. Unless you're OK with taking on a lot of risk, you should stay far away from Aurora's stock.