Alphabet CEO Sundar Pichai will let 200,000 employees and contractors work remotely through the end of the upcoming school year.

Technology giant Google is giving 200,000 employees and contractors the opportunity to continue working from home until the summer of 2021. The executive decision was made by Sundar Pichai, CEO of Google parent Alphabet (GOOG -0.22%) (GOOGL -0.25%), according to a Wall Street Journal report.

Last week, Pichai discussed Google's schedule for returning to the office with Google Leads, a small team of high-level leaders within the company. A small number of staffers were given a heads-up later in the week. On Monday, July 27, he made it official in an email sent to all Google workers.

"To give employees the ability to plan ahead, we are extending our global voluntary work from home option through June 30, 2021 for roles that don't need to be in the office," the email said. 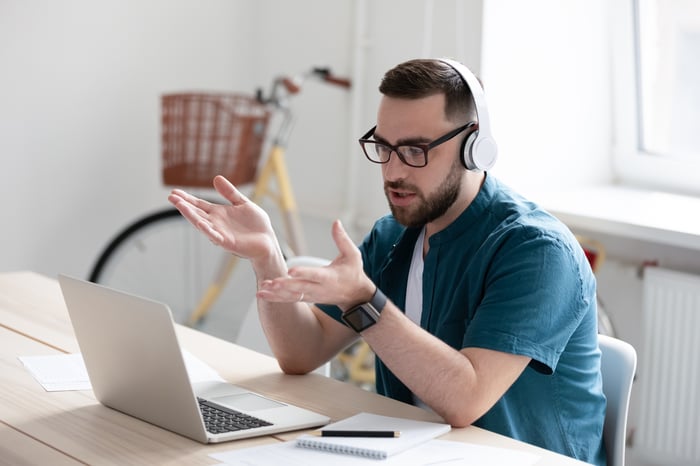 Pichai reportedly reached this decision in order to help his staff manage their work schedules while also taking care of their children's online schooling. Juggling one form of remote work with another that requires physical travel can be difficult, adding stress and reducing the worker's efficiency. Many children will not return to traditional school campuses in the fall, and Pichai anticipates some online schedules to stretch across the full school year.

The new policy applies to Google workers around the world, including offices in California, India, the U.K., and Brazil. The patchwork of regional reopening policies adds to the difficulty of making plans during the COVID-19 pandemic.

Other tech companies will take a hard look at sector giant Google's policy before determining their own course of action, but Pichai was not the first Silicon Valley CEO to extend his company's work-from-home options. Social networking veteran Twitter (TWTR 0.36%) made its remote-work policy permanent way back in May.