Churchill Capital III (NYSE:CCXX.U) is the latest special purpose acquisition company (SPAC) to announce a deal. The "blank check" company announced it will merge with MultiPlan, a provider of healthcare management cost solutions for healthcare payers, providers, and customers. A SPAC is an investment vehicle that is formed for the purpose of merging with a private company to take it public. Therefore, Churchill Capital's acquisition of MultiPlan is a substitute for an initial public offering (IPO).

MultiPlan is a technology-based company that uses algorithms and big data to provide healthcare cost management and data analytics for payers, providers, and customers. In a nutshell, MultiPlan is helping to make healthcare more affordable in America. Last year, the company worked with hundreds of health insurance companies and saved customers an estimated $19 billion.

Churchill Capital is proposing to inject MultiPlan with $3.7 billion as part of the merger. This will be accomplished through $1.1 billion of cash it has already raised with its SPAC and an additional $2.6 billion in equity it will raise through an additional equity offering. The deal is expected to close by the end of October.

MultiPlan will use the money from the IPO to pay back some of its existing debt and make investments for future growth. Flush with cash, the company will be able to upgrade its analytics platform and expand its customer base. The company will also be better positioned to make acquisitions, further boosting potential growth. 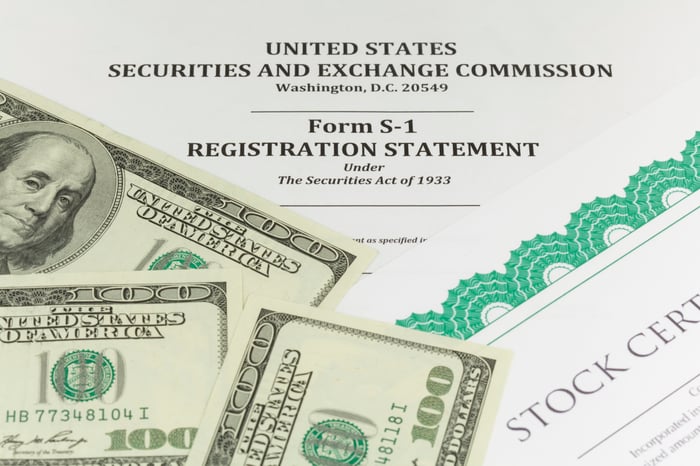 The U.S. healthcare market accounts for an estimated 18% of total GDP, meaning it's a huge market. It has been widely reported that there are spending inefficiencies and a lack of price transparency which add up to billions in superfluous costs. MultiPlan sees an opportunity to eliminate as much as $1 trillion of the $3.5 trillion that's spent on healthcare.

The company is paid a percentage of the costs it saves customers, which last year amounted to $983 million in revenue. Revenue has grown considerably in recent years, from just $353 million in 2007. The company also generated $750 million of EBITDA in 2019, translating to an attractive EBITDA margin of 76%.

MultiPlan sees a long runway of growth opportunities given the magnitude of the problems it's tackling. The company believes it can grow its revenue by 11% to 15% per year, which would nearly double revenue within five years. It also believes it can maintain EBITDA margins above 75%, which is an attractive level of profitability. Putting these together shows that MultiPlan has an attractive financial profile.

Since its original purchase by The Carlyle Group in 2006 at an enterprise value of $1 billion, MultiPlan has increased its valuation to over $11 billion, making it a huge winner for the private equity investors. The proposed merger with Churchill values the business at an estimated 12.9 times its 2021 EBITDA. This compares to Healthcare IT peers valued as high as 21 times 2021 EBITDA, suggesting the company could be undervalued relative to peers.

Not only is the valuation attractive, but MultiPlan has considerable growth opportunities. Generally speaking, reducing healthcare costs is an enormously valuable service that will still be valuable even if the economy is in a recession. Therefore, the company not only helps solve critical national healthcare issues but can do so while making money for investors. If this is a space that intrigues you, this investment could certainly pay off in the long-term.