Please ensure Javascript is enabled for purposes of website accessibility
Log In Help Join The Motley Fool
Free Article Join Over 1 Million Premium Members And Get More In-Depth Stock Guidance and Research
By Maurie Backman – Jul 29, 2020 at 6:18AM

For the past few months, workers on unemployment have gotten an extra $600 a week on top of their regular benefit. Republican lawmakers are now seeking to slash that boost, and it's sure to have consequences.

Millions of Americans have been grappling with unemployment since the COVID-19 pandemic took hold, and with the outbreak worsening in recent weeks, it's clear that the recession we've landed in will be with us for a while. That's bad news in light of the fact that the $600 weekly boost to unemployment benefits has just expired, leaving millions of jobless folks at a severe financial disadvantage.

On Monday, Republican lawmakers revealed their proposal for a COVID-19 relief package to follow late March's CARES Act -- the act that allowed for boosted unemployment in the first place. But while this new proposal does include extra money for the jobless, it falls short of providing adequate relief. 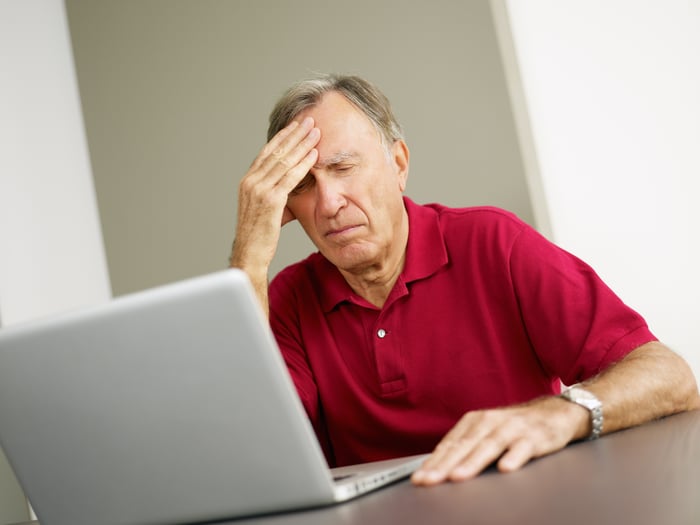 The new proposal, known as the HEALS (Health, Economic Assistance, Liability Protection, and Schools) Act, seeks to extend boosted unemployment to help the millions of Americans who are still out of work and might be for a while. But the $600 weekly boost, which expired over the weekend, won't be upheld in full. Instead, lawmakers are proposing a $200 weekly boost through September. Come October, that $200 would then be replaced by a new formula that seeks to provide benefits amounting to 70% of workers' lost wages.

Of course, any boost to unemployment is better than none at all. But given the dire financial circumstances so many jobless Americans have landed in through no fault of their own, a $200 weekly increase comes off as stingy.

When we factor in an extra $200 a week, the average worker on unemployment will wind up collecting about $521 a week, according to a CNBC analysis of jobless data from May. All told, workers on unemployment will be looking at a 43% pay cut compared to what they were able to collect while the $600 weekly boost was in play.

It's not just about protecting the unemployed

Those opposed to extending the $600 weekly unemployment boost in full have argued that doing so disincentivizes workers to return to a job. With that boost, many unemployed workers were, in fact, replacing their entire paycheck or even snagging a raise.

But while a modest boost to unemployment is better than none, and the eventual goal of replacing 70% of lost wages is better than what unemployment benefits usually do, the reality is that pulling that extra help right now could have major repercussions for the entire economy. Workers who are out of a job right now might very well remain so through the end of 2020 and well into 2021, so pulling back their boosted benefits could cause them to seriously rethink their spending. Meanwhile, those who are still employed but are worried about job loss might curb their spending for fear that if they're let go, their unemployment benefits won't be enough to cover the bills.

The result? Less money will be pumped into the economy, dashing any hopes of a relatively quick recovery. Not only that, but if spending declines, more layoffs could ensue, compounding an already major problem.

While some people might be relieved to see any sort of boost to unemployment, the reality is that Republicans' current proposal only gets part of the job done. And if the HEALS Act passes, there could be severe consequences that impact not just unemployed Americans but the economy as a whole.