Please ensure Javascript is enabled for purposes of website accessibility
Log In Help Join The Motley Fool
Free Article Join Over 1 Million Premium Members And Get More In-Depth Stock Guidance and Research
By Rich Duprey – Jul 30, 2020 at 11:52AM

It's only the third time an e-cigarette company has attempted to make it through the regulatory morass.

Companies have until September to submit their applications for review or face having their products pulled from store shelves. Though Juul is now in the running to be one of just a handful of companies able to sell e-cigarettes with government permission, the odds of it successfully making it through the regulatory labyrinth are slim. 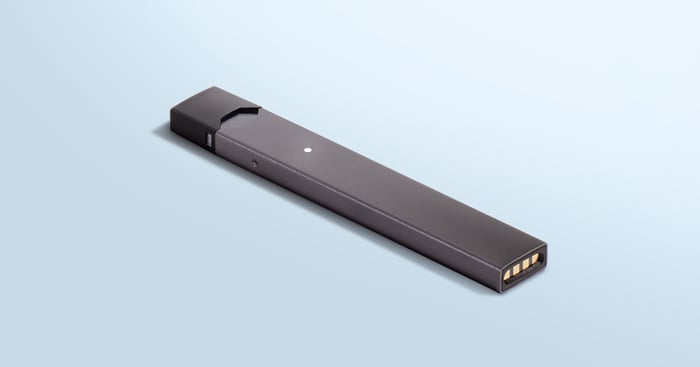 The Juul e-cig system revolutionized vaping when it was introduced as the sleek thumb drive-like design, and the broad assortment of flavors made it a hit with smokers wanting to quit cigarettes. Yet it was also a favorite of teenagers, many who wanted to quit smoking, but also some who viewed the device as a status symbol.

The government came hard after Juul and Altria (MO -1.92%), which had invested $13 billion into the company in exchange for a 35% stake, and former FDA commissioner Scott Gottlieb has expressed doubts about Juul's chances of surviving the regulatory process. The company, though, has been steadfast in its commitment to reducing teen usage.

Joe Murillo, Juul's chief regulatory officer, said the e-cig maker "has committed all necessary resources to deliver the best possible PMTA based on rigorous scientific research and data-driven measures to address underage use."

It took Philip Morris International (PM -3.58%) almost two years to receive approval for the IQOS and almost four years to get a reduced risk label. British American Tobacco (BTI -1.33%) submitted its application late last year. No other company has submitted a PMTA for e-cigarettes.

So far has Juul Labs fallen that Altria has written down three-quarters of the value of its investment in the company.