The closures will amount to roughly 8% of Dunkin’s stores.

Dunkin' Brands (DNKN) intends to shutter approximately 800 of its locations permanently in 2020, targeting those with low sales volume to streamline its expenditures and operations. The news was announced as part of yesterday's earnings release, in which Dunkin' announced reinstatement of its dividend following a nearly three-month suspension beginning at the end of April.

Out of the 800 locations, 450 are "limited-menu" stores located at Speedway (MPC -0.48%) gas stations. The 450 Speedway closures represents the entire lineup of Dunkin' counters at the chain's gas stations and convenience stores. Earlier this month, Dunkin' Chief Financial Officer Kate Jaspon explained the decision by stating the Speedway locations "are lower volume units, in total representing less than 0.5% of Dunkin' U.S. annual systemwide sales in 2019." 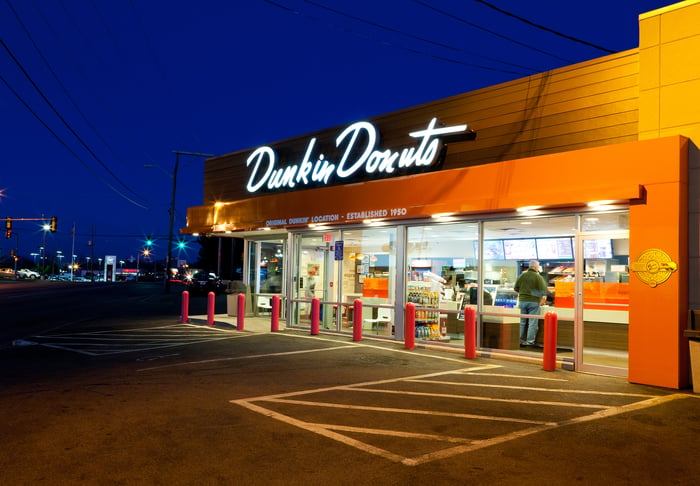 The decision to exit Speedway came well before COVID-19. The remaining 350 stores Dunkin' says will close are also underperforming. Dunkin' says the 800 closures represent approximately 8% of its American outlets, but generate only 2% of U.S. systemwide sales. The 350 non-Speedway locations are 3.5% of the total but are producing just 1.5% of sales.

The permanent closures may prove to be simply a prelude to a rash of new store openings in the near future, however. Jaspoon said during Dunkin's Q2 earnings call, "for many of these franchisees, closing these restaurants will enable them to do greater reinvestment into the brand, whether through next-generation remodels, building new restaurants, and relocating restaurants to higher traffic areas or to where they can add a drive-thru."